Skip to main content
Verified by a Financial Expert

In times where interest rates are on the rise, you may start hearing financial advisors and bankers sing the praises of an income strategy called "CD laddering" (short for certificate of deposit laddering).

Fortunately, that praise doesn't ring hollow. A CD ladder strategy lets you earn more income as interest rates rise and doesn't force you to lock up all of your money for several years.

Best of all, you don't need a financial expert or brokerage account to help you do it -- you can make a CD ladder by yourself from your favorite bank or credit union.

Is a CD Ladder Strategy Right for You?

Before we move on to how to build a CD ladder, see if any of these fit your situation:

2. You want more liquidity than long-term CDs offer. You want to be paid a high interest rate, but you also don't care to lock up all of your money in a CD that doesn't mature for several years.

3. You want more protection from inflation. By the Federal Reserve's design, Interest rates typically rise with inflation, which can sap your buying power and lower your standard of living if your income doesn't increase.

If any of these sound like what you're thinking, it may be a good idea to consider making a CD ladder.

What is a CD Ladder?

A CD ladder is an investment strategy where the investor puts money in multiple CDs with different terms. Over time, the investor reinvests the proceeds from a matured CD into a new, long-term CD regularly. This way, they can diversify their money while also being able to take advantage of better-paying CDs should interest rates go up.

How a CD Ladder Works (Example)

How Can a CD Ladder Increase My Interest Income?

CD laddering lets you take advantage of higher interest rates by allowing a portion of your money to be accessible at predictable intervals.

When interest rates rise, banks typically roll out new CDs that pay higher annual percentage yields (APY). A CD ladder strategy allows you to steadily put a portion of your money into these higher yield CDs over time, rather than be forced to keep your money locked up in a long-term CD paying a potentially lower APY.

For example, let's say I decided to put $75,000 into a five-year CD with a 2% APY. After three years, let's imagine that interest rates have risen by one percentage point per year and the bank's newest CDs pay a handsome 5% APY. Too bad for me: because I originally put my money into a five-year CD, I'm either stuck with my 2% CD for another two years or I have to pay a penalty on my earned interest if I want to take out my money before the CD matures (learn more about the CD withdrawal penalties in 5 Things to Know Before Opening a CD).

Here's how this example would look graphically:

And if interest rates continued to go up, I'd continue to collect more interest each year without locking up all of my money at once simply by using the CD ladder strategy.

So if you're looking to collect a modest income from a nest egg while also enjoying the benefits of rising interest rates, making a CD ladder can be a prudent strategy that you can do either online or from the desk of your favorite brick-and-mortar bank or credit union.

Each week, one of our investing experts answers a reader's question in our InvestingAnswers' Q&A column. It's all part of our mission to help consumers...

If you want financial security, you’ll need to know how to make a better financial plan. The good news is that it's not hard to create one. Here are seven expert-approved financial... 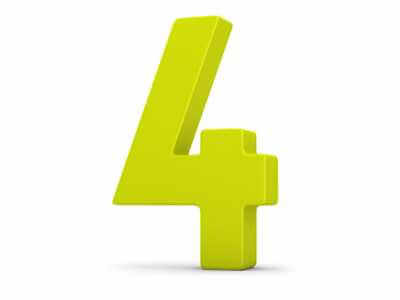 Why Buying A New Car Is For Suckers