What is Voodoo Economics?

Also called “Reaganomics,” voodoo economics is the nickname for the hallmark economic policy of Ronald Reagan, the 40th President of the United States (1981-1989), who was trying to stimulate an economy that lay stagnant after the Jimmy Carter years.

How Does Voodoo Economics Work?

The program, which rolled out in 1981 and was famously dubbed "voodoo economics" by George H.W. Bush (before he became Reagan's vice president), had four goals: Reduce the growth rate of government spending,  lower taxes on income and capital gains, reduce regulation, and reduce inflation by tightening the money supply. The idea was to improve the economy by encouraging people to spend and invest, by ensuring the health of the financial markets, and by rewarding entrepreneurship.

Few argue that Reagan's actions on these four fronts weren't sweeping. But Reagan's approach to government spending, for example, showed how voodoo economics somewhat differed from theory in practice. Though the administration didn't abolish or eliminate any federal agencies or major federal programs and the annual increase in real federal spending fell to 2.5% from the 4% experienced during the Carter administration, defense spending reached historic highs. This in turn kept Reagan from getting the huge reductions he expected in federal spending as a percentage of GDP. In fact, government spending actually increased somewhat during part of his administration but then declined to 22.1% of GDP by 1989.

Reagan's tax-code changes also constituted sweeping reform in the name of economic stimulus. Most notably, he reduced the top marginal income-tax bracket from 70% to 28% and lowered the corporate income tax rate from 48% to 34%. He also exempted most of the "poor" from income taxes, and he indexed tax brackets for inflation. Reagan paid for some of these tax breaks with increases in Social Security taxes, increases in some excise taxes, elimination or reduction of some deductions, and a gradual broadening of the income tax base.

Another key component of voodoo economics was deregulation, which stemmed from the notion that government should interfere in free enterprise only where absolutely necessary. The biggest act in this vein was to significantly cut price controls on oil, cable TV, phone service, shipping, bus travel and natural gas. Reagan also allowed banks to own certain assets for the first time.

Why Does Voodoo Economics Matter?

By many accounts, Reaganomics revived the drooping American economy. For example, the rate of growth in real GDP per working-age adult more than doubled from the Carter administration, and manufacturing productivity increased at a record 3.8%. Unemployment fell from 7% to 5.4%, inflation fell from 10.4% to just 4.2% in just eight years, the rate of new business formation increased, and the stock market boomed.

Though many economists and taxpayers were happy with these changes, many of those changes were not as far-reaching as Reagan had hoped. Some "side-effects" were truly problematic, too. Bank failures increased to their highest rate since the Great Depression, for instance, and interest rates went way up. There was still a very large federal deficit. The savings and loan problem would soon balloon into a $125 billion problem, and despite Reagan's opposition, the number of new trade barriers Congress erected put about a quarter of U.S. imports under trade restraints. Worst of all may have been the criticism over the tax cuts -- many economists argued that higher social security taxes actually increased taxes on the middle class or at best made their tax savings negligible.

In any case, voodoo economics demonstrated that lowering tax rates could actually increase -- or at least sustain -- the government's revenue for social programs and discretionary spending because allowing people to keep more of their own money encouraged them to use that money for investing, spending and starting businesses, which in turn generated more taxable revenue. Reagan's idea was to cut taxes and then basically "make it up in volume," and his economic theory has become one of the most prominent and hotly debated ones in modern American history. 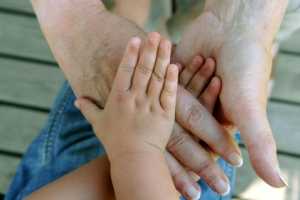 What to Do About That Old Life Insurance Policy 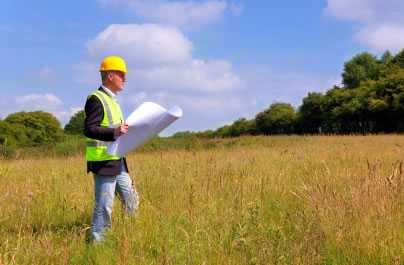 5 Ways to Make Money From Your Land... Without Lifting a Finger

Owning land usually takes large amounts of time and resources. If you bought some land – or are thinking about it – you need to know how to make money with your land to offset costs. How...

The key to boosting income lies in a security most investors might not be familiar with.  ...

How to Play the Buyout Game: 3 Tips For Finding the Best Deals

Wall Street can be so predictable sometimes.  A company announces an acquisition. The buyer's stock...

In the last piece in this series, we discussed what you need to know to get started analyzing companies. Yet for many investors, it's the more advanced techniques that prove tricky to master....