What is Income Tax?

Income tax refers to taxes imposed by the government on individuals and businesses based on annual income. In the US, income tax is collected on taxable income by the Internal Revenue Service (IRS).

Why Does Income Tax Matter?

The US federal government uses collected funds to fund public services that extend to national defense, veterans and foreign affairs, social programs, and law enforcement. Income taxes may also be used to pay off interest on the national debt. In the US, individual income taxes are the single largest source of revenue for the federal government.

What Is Individual Income Tax?

What Is Business Income Tax?

When income tax is imposed on corporations, small businesses, and independent contractors, it may be referred to as a business income tax. Businesses pay income taxes on their earnings, which may include income received from the sale of products or services, as well as rent received by a person in the real estate industry.

Although all businesses are required to pay income taxes, different types of businesses are taxed at a different rate. C corporations pay at the federal corporate tax rate, which is a flat 21% as of 2020. All other businesses – including sole proprietorships, partnerships, limited liability companies (LLC), and S corporations – are considered pass-through entities, taxed at the individual income tax rate. In the US, individual income is taxed at different rates based on taxable income level under a system known as a progressive income tax system.

What is a Progressive Income Tax System? 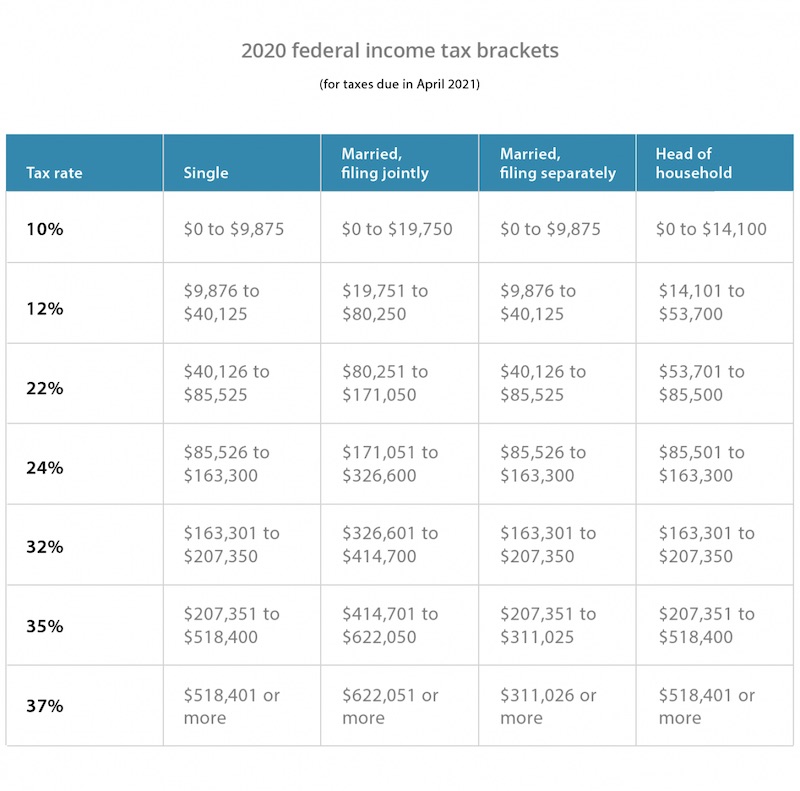 Because most taxpayers fall into multiple tax brackets, their income is charged at multiple rates. When the income of a person or business exceeds the range of a lower tax bracket, the leftover amount is taxed at the rate in the next bracket (and so on) until the highest rate that applies to an individual’s taxable income is reached.

The tax highest bracket that a person falls into based on their income is called their marginal tax rate. The actual percentage of annual income an individual ends up paying in income tax is known as their effective tax rate.

We’ve included a table of federal income brackets for 2019 taxes to be filed by July 2020. 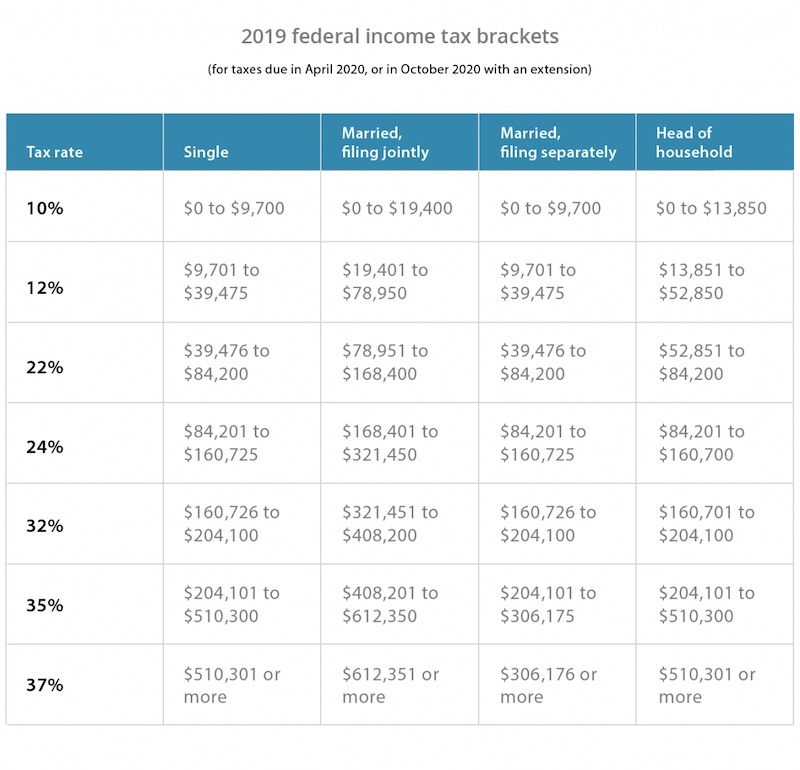 The total amount of tax you owe could be calculated as follows:

How Are Income Taxes Collected?

Most American employees pay taxes throughout the year via their paychecks. Employers are legally required to withhold money from employee paychecks for income taxes. Employers also use information supplied on an employee’s W-4 to determine how much to withhold from each paycheck.

Things may be slightly different, however, for independent contractors and small business owners. These individuals must make income tax contributions themselves in the form of quarterly or estimated tax payments. These are submitted every three months.

When taxpayers file a tax return with the IRS, they determine whether they owe additional money or if they have overpaid on their taxes during the previous tax year. Those who have overpaid receive the money back in the form of a tax refund.

In addition to federal income tax, many individuals and businesses in the US must pay a state income tax. States rely on revenue from income taxes to fund public services like public schools, health care, transportation, corrections, and low-income assistance.

Which States Have No Income Tax?

Alaska, Florida, Nevada, South Dakota, Texas, Washington, and Wyoming do not collect state income taxes. In addition, New Hampshire and Tennessee do not collect taxes on earned income like salary, wages, and commission. Instead, these two states only collect income taxes on interest and dividends.

Which States Have a Flat Income Tax System?

In a flat income tax system, a single tax rate is imposed on all taxpayers. This means that everyone is taxed at the same tax rate, no matter their income level. 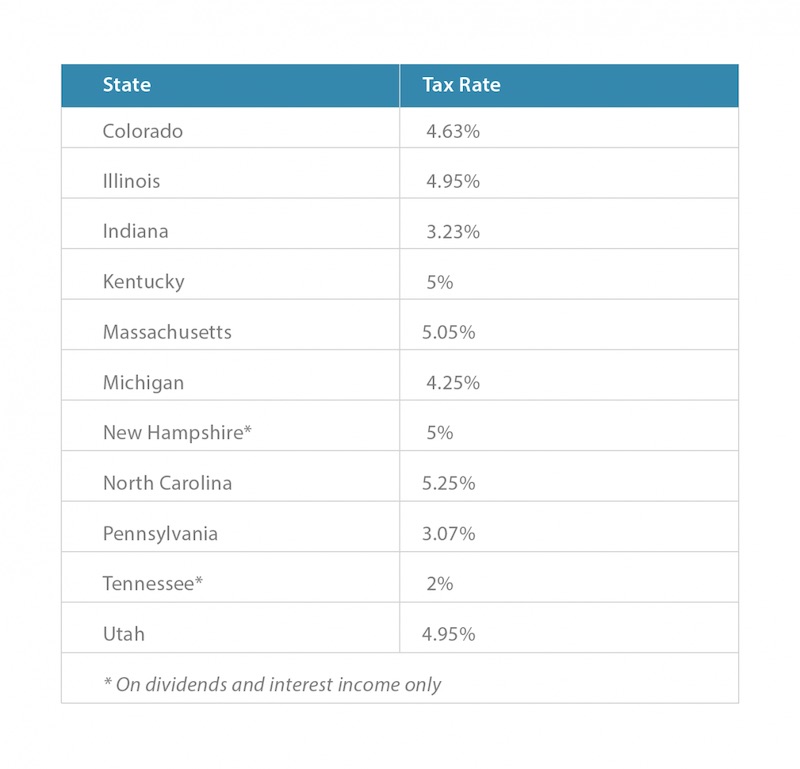 Which States Have a Progressive Income Tax System?

The remaining states – along with the District of Columbia – have a progressive income tax system. As with the federal government’s progressive tax system, state progressive taxes enforce a higher tax rate on higher-income earners. For example, the highest tax rate in Connecticut is 6.99%, but this only applies to incomes of over $500,000. 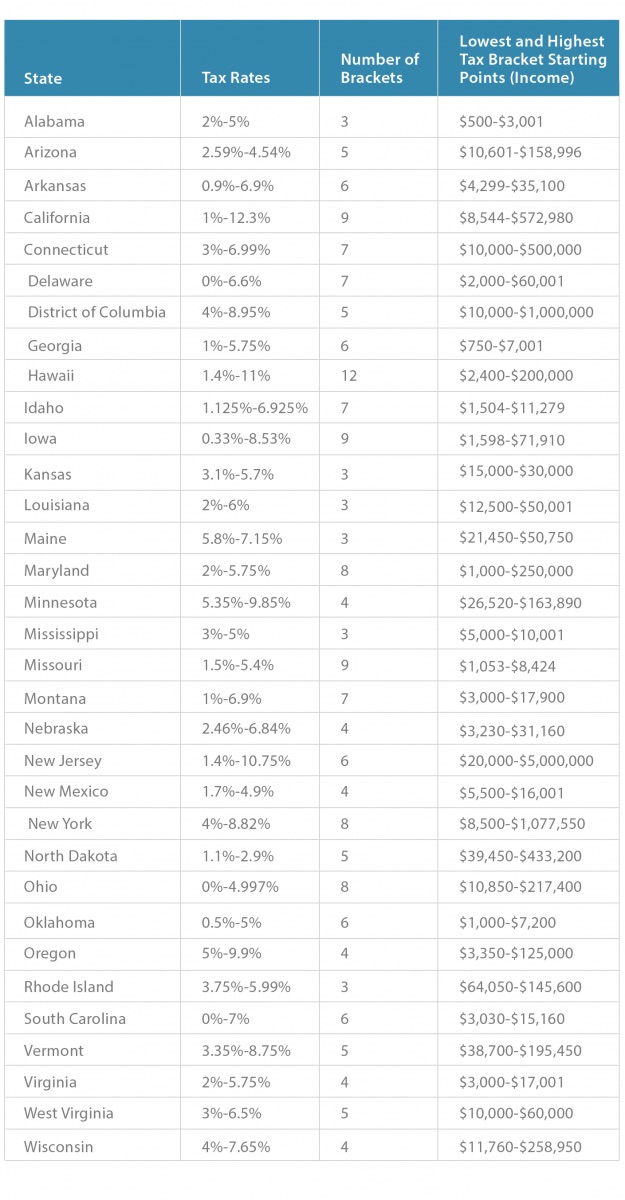 How to Save Big on Your Income Taxes

While federal and state income taxes serve an essential function, it’s vital to ensure you aren’t overpaying. By employing certain strategies, you’ll be able to avoid errors, cut your tax bill, and retain more of your income. Get tips for saving on your income taxes.

Ask an Expert about Income Tax

3 Ways to Beat the Tax Man with High Yields
Tips to Save Money on Your 2020 Taxes
Slash Your Taxes Using Charitable Giving Plans
3 Tax Mistakes Retirees Can't Afford to Make
21 Ways to Use Your Tax Refund Wisely
Ask an Expert
All of our content is verified for accuracy by Mark Herman, CFP and our team of certified financial experts. We pride ourselves on quality, research, and transparency, and we value your feedback. Below you'll find answers to some of the most common reader questions about Income Tax.

If you have a question about Income Tax, then please ask Mark.

If you have a question about Income Tax, then please ask Mark. 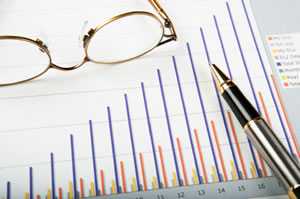 As we mentioned in our recent article on 3 Billionaire Habits, successful investors often...Read More › 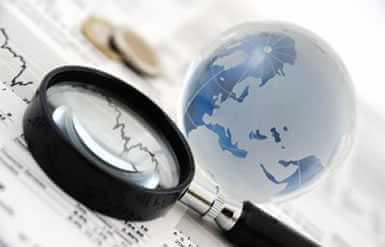 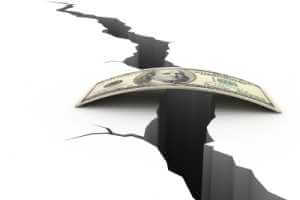 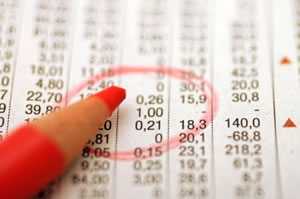 Value investing is an approach, a style of investing. It is not a set of formulas that allows you to beat the...Read More › 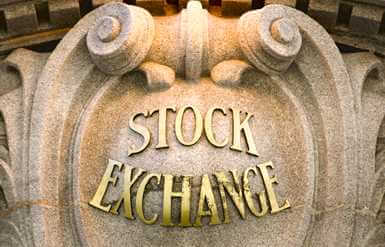 Ask an Expert about Income Tax