How You Can Build The Ultimate 'Doomsday Portfolio'

We've managed to avoid the great Mayan prediction of the end of the world in 2012, along with countless doomsday prognostications before it. But while we shrug off the continued calls that some people still predict about the end of the world, it's undeniable there are good reasons investors should have a "doomsday portfolio" to protect them from catastrophic losses.

I'm not talking about the end of times, though. In the event of runaway asteroids or "the second coming," saving for your golden years will be the least of your worries.

But I'm also not talking about simply a global malaise in economic growth or the gradual loss of purchasing power in the U.S. dollar, either.

I'm talking about a quick collapse of order -- a collapse of faith in our institutions and a resulting widespread loss in financial assets.

And if you think this could never happen, then think again.

Hurricane Katrina destroyed more than $60 billion in economic value and led to massive looting and a surge in energy prices. The "once-in-a-century" disaster was followed just seven years later by Hurricane Sandy, which caused damage that may cost up to $50 billion.

Officials in Japan have found radioactive material in produce up to 200 miles from the Fukushima nuclear disaster.

The point is, large-scale disasters, man-made or natural, seem to be getting stronger and more frequent.

[InvestingAnswers Feature: 10 Most Costly American Natural Disasters Of The Past 35 Years]

Combine a few disasters with the collapse of a government or financial systems abroad, and you've got the makings for hysteria and catastrophic investment losses here at home. While stocks and other assets would eventually rebound, wouldn't it be nice to know that you are protected on the downside?

Peace of Mind and Reasonable Returns

Devoting a portion of your portfolio to "disaster insurance" types of assets is not as difficult as it may seem. And it doesn't have to come at the expense of returns, either. Three key points can help you build a doomsday portfolio that will provide returns as well as peace of mind...

With these three key traits in mind, here's a list of ideas and the stocks that should help any portfolio survive a collapse during bad times, but also perform well during the good times.

The ultimate storage of value when the government is no longer able to back its fiat money and investors get nervous about the future... is gold. The precious metal just saw its 12th consecutive year of gains, jumping almost six-fold from the beginning of its run in 2000. 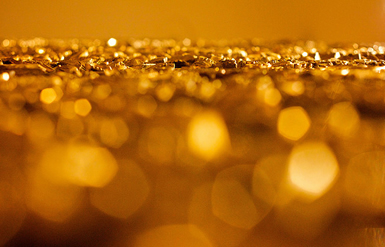 Gold can pay off on two doomsday scenarios: a jump in inflation or a spike in market fear. An investment in physical gold through the SPDR Gold Shares (NYSE: GLD) has easily beaten most other assets during the past decade, but the fund pays no dividend. While I think the shares could edge higher and would surge in a crisis, I also want something that is going to pay me to wait.

That's why I also like Barrick Gold (NYSE: ABX). It's the world's largest gold miner, with 26 mines in operation across five continents. This diversity in production insulates the company from unrest in any one part of the world. The stock pays a dividend yield of almost 2.5% and is not expensive at just 10 times trailing earnings.

Even with alternative forms of energy coming into their own, the world still runs on oil. The United States still meets 40% of its energy needs through petroleum, and that percentage is much higher in most of the other countries. If confidence were to be lost in global governments and currencies, then oil would be needed as a store of value and for use in production. 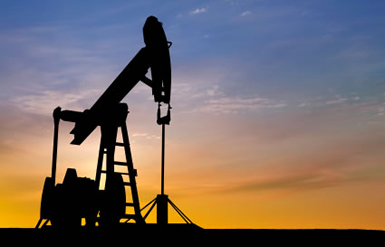 Chevron Corp. (NYSE: CVX), the nation's second largest oil company, is the first to come to mind. The company has assets and sales all over the world and a strong 3% dividend yield.

I wouldn't put all my eggs in one basket though, so I also like the exchange-traded fund (ETF) Energy Select SPDR (NYSE: XLE) for its 1.7% yield and diversification across 45 energy companies. The ETF carries an extremely low expense ratio of 0.18% and trades at a relatively cheap 12 times trailing earnings of the companies held.

You can live for weeks without food and shelter, but water becomes a necessity within just a few days. The Journal of Environmental Science & Technology estimates that one in three counties in the United States could face a "high" or "extreme" risk of water shortages due to climate change by the middle of the 21st century. Combine this trend of scarcity with an unforeseen catastrophe that wipes out some supply, and you've got hysteria on your hands. 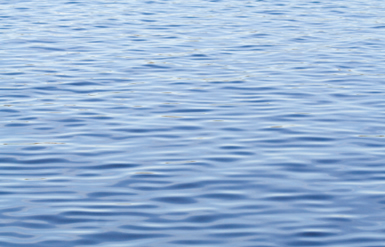 American States Water (NYSE: AWR) provides water services in 10 California counties, including drought-prone Los Angeles. The company pays a 2.8% yield and has a 58-year record of increasing dividends. The price-to-earnings (P/E) ratio of 19 might seem high, but it is still below the industry average of 21.

Aqua America Inc. (NYSE: WTR) could diversify your water exposure through 12 other states in the U.S. and across other water and wastewater service providers. The company pays a sustainable 2.6% yield and has been successful in pushing through large rate increases to pay for infrastructure projects and increase annual revenue.

If you think tobacco is not a necessity, just ask anyone who has tried to quit smoking. In the event of an environmental or economic catastrophe, people may cut back on most other products, but they will always buy their cigarettes. 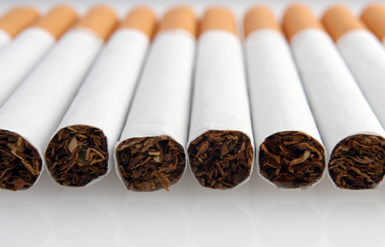 Lorillard (NYSE: LO) is the third-largest cigarette producer in the U.S. and has been increasing its market share steadily from 11.8% in 2009 to 14.1% in 2011. The stock pays a huge 5.2% dividend yield and trades at just 14 times trailing earnings, well under the industry average of 16.8.

Philip Morris International (NYSE: PM) diversifies exposure to the industry with its strong international presence and brands like Marlboro and Virginia Slims. The shares are relatively expensive at 18 times trailing earnings, but management has plans to expand into the Chinese market, which could significantly increase earnings.

The risk to buying any kind of insurance is that you never need to use it. That is why I have tried to select investments that would perform well even if the worst-case scenario fails to emerge.

The Investing Answer: Just as you would not spend your entire income protecting your house with insurance, you would not devote your entire nest egg to a "doomsday portfolio." Allocating a small chunk, however -- maybe 5% to 10% -- of your equity portfolio to these kinds of investments is definitely a smart move.

What Wise Investors Should Do Today
Are You Making This $250,000 Mistake?
Investor Alert: 3 Ways To Beat The Next Big Market Selloff
4 Secret Warning Signs That Your Stocks Could Be Ready To Plunge
Financial Statement Analysis for Beginners
Ask an Expert
All of our content is verified for accuracy by Paul Tracy and our team of certified financial experts. We pride ourselves on quality, research, and transparency, and we value your feedback. Below you'll find answers to some of the most common reader questions about How You Can Build The Ultimate 'Doomsday Portfolio'.

If you have a question about How You Can Build The Ultimate 'Doomsday Portfolio', then please ask Paul.

If you have a question about How You Can Build The Ultimate 'Doomsday Portfolio', then please ask Paul.