10 Most Costly American Natural Disasters Of The Past 35 Years

Editor's note: All data in this report supplied by the National Weather Service, Weather Underground and National Geographic.

John Steinbeck's "The Grapes of Wrath" stands as one of the most important books of the last century. Many remember the Oscar-worthy performance delivered by Henry Fonda as he took on the role of Tom Joad, the book's central character. And John Steinbeck's prose is an English 101 classic.

But "The Grapes of Wrath" isn't seared into our minds for the cultural merit. It's memorable for its depiction of the Dust Bowl era and the ultimate devastation that the neverending drought brought to wide swaths of the American Southwest.

Yet in some respects, it could have been worse. Back then, that part of the country was still quite undeveloped as many homes had no electricity, running water or paved roads nearby.

These days, weather-related catastrophes are far more costly -- it can take billions of dollars to get a region up and running after Mother Nature has blown through.

We saw a fresh glimpse of the financial cost -- let alone the human cost -- as damages were tallied up from Hurricane Isaac. The current tally ranges from $700 million to $2 billion, according to Reuters. And that's not nearly the worst we've seen.

Here are the 10 costliest weather events in the United States over the past 35 years. 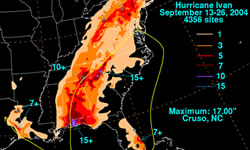 This was one of four hurricanes in 2004 that led to at least $10 billion each in damages. Weather watchers saw that as an ominous sign. 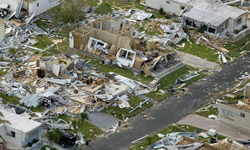 This 2004 hurricane was another of the four to cause at least $10 billion in damages that year. The following year would go on to be an unusually devastating year for hurricanes. 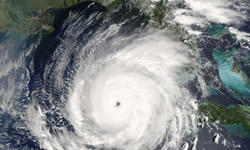 These two storms, each of which caused an estimated $19 billion in damage in 2005, ended up as something of a footnote as they came ashore a short while after Hurricane Katrina. Though the financial damage was more limited than Katrina, the emotional damage was tremendous. Wilma, in particular, had become the fourth Category 5 hurricane of 2005, packing 185 miles at its peak. That's hard to fathom; many people were left fearing the worst. By the time Wilma hit Cancun and the rest of the Yucatan Peninsula, it had calmed down to a mere 150 miles per hour in its vortex. It took several years for that tourist destination to get back on its feet. 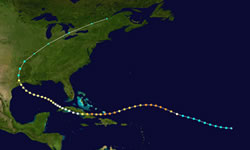 This 2008 hurricane -- the biggest since Katrina -- is surely well-remembered in Cuba, where it struck as a devastating Category 4 hurricane, went out to sea and made landfall again as a Category 1 hurricane. By the time it hit Galveston, Texas, nearly a week later, it had re-strengthened into a Category 2. Galvestonians were surely braced for the worst: 108 years earlier, their town had been obliterated in what would likely have been one of the most costly storms ever if a modern infrastructure had been in place. 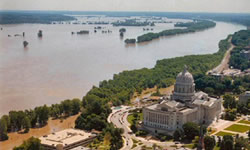 Coming just a few years after a devastating drought (see item No. 2), this event was dubbed the "the Great USA Flood of 1993," by the National Weather Service. As a report by the service later noted, "The flood was unusual in the magnitude of the crests, the number of record crests, the large area impacted, and the length of the time the flood was an issue." In July of that year, some locations received measurable rain for 20 out of 25 days. Not only were many homes destroyed, but any crops in the field had no chance: Roughly 15 million farm acres were flooded, much of which could not be re-planted for years. How bad did it get? Barge traffic on the Mississippi River and Missouri River was blocked for two months, lending another blow to the U.S. economy as goods remained stuck. 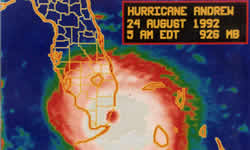 This 1992 storm caught South Florida off guard as it appeared to weaken while approaching the Bahamas on August 23. A day later, almost all of Florida south of Miami was flattened by Andrew's Category 5 winds. More than 100,000 homes were either severely damaged or destroyed. Yet Andrew wasn't finished. Exiting Florida into the Gulf Coast, the storm re-strengthened and hit Morgan City, La., with a wallop. 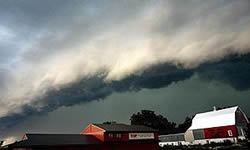 This event began when a high-pressure ridge parked itself over the U.S. heartland and refused to budge. From Memphis to Kansas City, Mo., to Dallas, temperature records were set -- and repeatedly broken. On a side note, the massive dome of heat led to the formation of "derechos," fast-spinning, havoc-wreaking wind storms that caused major damage in the Upper Midwest and Northeast. Derechos have returned to the Eastern U.S. this summer, thanks to the current drought. 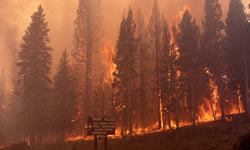 The financial toll from the current drought that has enveloped much of the U.S. Southwest and Midwest  is still being tallied and will surely make this top 10 list once the final numbers are in. Yet just 25 years ago, the country saw its costliest heat wave-induced drought in history. An extended shortage of precipitation led to the first regular sightings of dust storms since the 1930s. In Milwaukee, there was no rain for 55 straight days, an all-time record. An estimated 5,000 to 15,000 people died from heat exhaustion, many of them residing in cities like Chicago that suffered even more because of the "heat island effect." Exacerbated by drought, fires at Yellowstone National Park burned for several months. 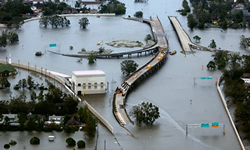 This was the most expensive hurricane in history, though perhaps not even the biggest in terms of disruption to people's lives. Residents of Louisiana pass on stories of the Great Flood of 1927 that led the Mississippi River to spill its banks across 10 states, toppling 146 levees in the process. On April 15, 1927, New Orleans began getting rain at nearly an inch an hour, and the rain didn't let up until the next day. A month later, major towns along the Mississippi, especially below Memphis, remained under water. If we were able to gauge what damage that storm would have brought in the modern era, the Great Flood of 1927 may have gone down as the costliest storm of all time.

Hurricanes and drought-induced heat waves are invariably the most expensive natural disasters we will experience. Blizzards, though they can be quite vexing for anyone impacted by them, rarely take a huge financial toll. The Great Blizzard of 1993, for example, which shut down human movement from Georgia to Maine, led to $8 billion in damages, a fraction of a hurricane's financial damage. Wildfires, which seem to be coming with increasing frequency, also lead to relatively more modest financial damage.

The Investing Answer: We've grown accustomed to being shielded by these costs as Uncle Sam and insurance companies often pick up the tab for rebuilding. But that may soon change. Our economy took a $339 billion hit from natural disasters in the 1980s, caught a bit of break in the next decade, then saw that figure swell to $541 billion in the most recent decade. If there is indeed a trend under way toward more -- and costlier -- weather events, then homeowners may soon be hard pressed to get all of the insurance coverage and other benefits they've come to expect when disaster strikes.

The Simple Move That Can Slash 30% Off Your Insurance
Burglarized! 4 Homeowners Insurance Tips I Wish I Had Known
7 Steps to Faster Home Insurance Claim Payments
7 Homeowners Insurance Discounts Your Agent Won't Tell You About
5 Ways to Guarantee Your Home Is Properly Insured
Ask an Expert
All of our content is verified for accuracy by Paul Tracy and our team of certified financial experts. We pride ourselves on quality, research, and transparency, and we value your feedback. Below you'll find answers to some of the most common reader questions about 10 Most Costly American Natural Disasters Of The Past 35 Years.

If you have a question about 10 Most Costly American Natural Disasters Of The Past 35 Years, then please ask Paul.

If you have a question about 10 Most Costly American Natural Disasters Of The Past 35 Years, then please ask Paul. 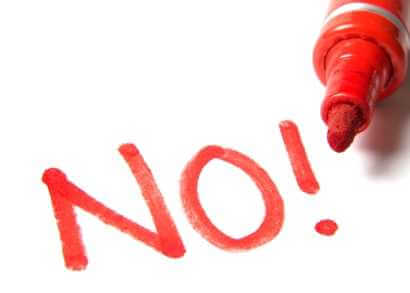 Most people would be thrilled to collect a healthy 18% dividend every year. Use your nest-egg to buy $500,000 worth...Read More › 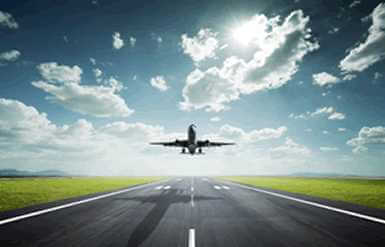 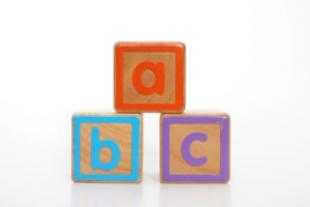 Life does indeed take a lot of cash. For most of us, of course, that means working for a living. And even though our paychecks can take care of the bills, very few people build real...Read More › 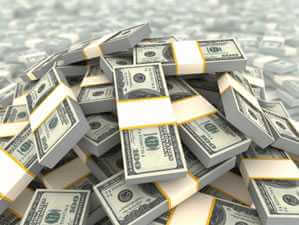 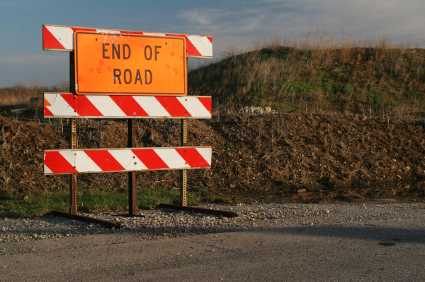 You can get emotionally attached to an investment, just as you can with a person. And, as with a personal relationship,...Read More ›