Warren Buffett is one of the few investors who has achieved truly cult-like status. Fondly known as the "Oracle of Omaha" -- a nickname well-deserved for his uncanny investing savvy -- Buffett is the world's fourth-richest person and is currently worth an estimated $53.5 billion. Professionals and amateur investors alike hang on his every word in hopes of gleaning just a touch of his investing magic.

Buffett appears to be a folksy, predictable everyman. But make no mistake: at his core, Buffett is a shrewd financial genius. His everyman persona masks some of the most interesting and unbelievable traits that make Buffett who he is -- including these 10 facts you won't believe are true:

1. Buffett made one of his most successful investments because of salad dressing.

Buffett owes one of his first big killings to a Wall Street scandal almost no one remembers -- the fascinating story of Tino De Angelis.

In 1963, De Angelis's company, Allied Crude Vegetable Oil, had a neat little scheme going. De Angelis figured out that instead of buying and selling ships filled with vegetable oil, he could load the ships with water and just a little oil floating on top. De Angelis used the phantom oil as collateral for loans, borrowing in excess of $175 million (over $1.2 billion in today's dollars) against worthless tanks full of water. He was able to hoodwink his lenders for quite some time.

And who were these gullible saps?

None other than American Express (NYSE: AXP). When AmEx's losses from the "salad oil scandal" caused the stock to lose half its value, a cagey investor from Omaha took notice and loaded up on $13 million worth of AXP stock. Today, Buffett's total investment in the company is worth over $7.8 billion (he's made subsequent stock purchases) and it's his third-largest holding behind CocaCola (NYSE: KO) and Wells Fargo (NYSE: WFC).

2. Buffett is giving almost all of his money to charity, not his children.

In June 2006, Buffett announced his plan to give away 85% of his wealth to charity. He has long said his intention is to “do good" rather than hoard his money for himself and his family.

“There’s no reason why future generations of little Buffetts should command society just because they came from the right womb. Where’s the justice in that?” he said.

You might be surprised that his children fully support his decision. "The truth is it would be insane to leave us that much money," said Susan Buffett. "It just would be."

3. Buffett had a unique love life.

Buffett has had a pretty tumultuous love life. He was married to his first wife, Susie, for 52 years, from 1952 until her death from oral cancer in 2004. But Buffett worked voraciously and never really put much time into his home life. To compound his marital problems, in the 1970s he became romantically involved with Katharine Graham, publisher of The Washington Post (see below).  Even though Susie was horrified and humiliated, she eventually wrote to Graham to give her permission to date her husband.

In 1978, after their children were grown, Susie moved to San Francisco and lived there, without her husband, for 27 years. Because she knew he needed someone to take care of him, Susie introduced her husband to Astrid Menks, a restaurant hostess in Omaha. Menks lived with Buffett for 27 years until they were married in 2004.

Though they were physically separated, the Buffetts never divorced and they often talked on the phone and attended functions together. Buffett would later reflect that letting Susie leave was the worst mistake of his life. He was by her side when she passed away from oral cancer in 2004.

4. Buffett has a lifelong relationship with the Washington Post.

Buffett started his lifelong relationship with The Washington Post (NYSE: WPO) in high school. As a young paperboy growing up in Washington D.C., Buffett personally delivered nearly 500,000 copies (on bicycle) of the newspaper to his neighbors.

As Buffett grew older, his admiration for the Washington newspaper went beyond the product itself. At age 46, he became romantically involved with the Post's 59-year-old publisher, Katharine Graham. Graham introduced Buffett to New York society and Buffett tutored Graham in the ways of business. Buffett and Bill Gates served as pallbearers at Graham's funeral in 2001.

In 1974, the Oracle of Omaha joined the Washington Post's board of directors, where he would remain for 37 years. He continues to have an unabated "love for the product, the company and the management." Berkshire Hathaway is the newspaper's largest shareholder with a commanding 24% stake in the company.

5. Buffett's father was the Ron Paul of his day.

Howard Buffett was a four-term Republican member of Congress and a staunch libertarian, like Rep. Ron Paul today.

The elder Buffett fought against FDR's social programs and warned that expansion of government eroded individual liberty. Much like Paul, he was a strict constitutionalist, and believed that "devious government intervention in the economic affairs of the nation… [were] not contemplated by the men who wrote the constitution."

And while Warren Buffett may not advocate the gold standard, his father was a strong supporter of it, just like Rep. Paul. In a newspaper article from May 1948, Rep. Buffett wrote, "In a free country the monetary unit rests upon a fixed foundation of gold… independent of the ruling politicians… unless you are willing to surrender your children and your country to galloping inflation, war and slavery, then this cause demands your support… we must win the battle to restore honest money."

6. Buffett's views on taxes do not extend to his business.

Buffett may have told the world he ought to pay more in taxes, but only in regard to his personal wealth.

Berkshire Hathaway is an extremely tax-efficient company: The billions he famously invested in Bank of America (NYSE: BAC) and Goldman Sachs (NYSE: GS) were purposely not structured as "loans," but instead involved the creation of special shares just for Buffett. Why? Because a corporation like Berkshire can exclude 70% of income it receives as dividends. Only 30% is taxable.

Buffett has always been obsessed with tax efficiency. When he was a just 13 he filed his first tax return, taking care to claim a $35 deduction for his bike because he used it to deliver newspapers.

7. Buffett hired a man who paid millions -- twice -- just to have lunch with him.

Think $5.25 million is a steep price to pay to have lunch with a billionaire?

However, if you knew those lunches lead to a dream job at Berkshire Hathaway, you might change your tune. Buffett announced in September 2011 that Weschler would soon join the company to run a portion of its investments.

While poker is a popular game among the rich and famous, Buffett's obsession is bridge. He has competed in online bridge tournaments for years alongside fellow billionaire Bill Gates. In case you want to try your hand at beating them, Gates plays online under the name "Chalengr" and Buffett goes under the name "T-Bone."

In fact, Buffett's good friend and bridge partner, Sharon Osberg, was the person who first taught Buffett to use a computer (even Bill Gates had been unsuccessful in that task). Buffett plays bridge online with Osberg at least four times a week. Osberg, a two-time World Champion bridge player and former executive for Wells Fargo, has been playing bridge with him for more than 20 years.

Buffett, Gates and Osberg have also helped fund a program to teach bridge in junior high schools. Buffett believes bridge can help teach kids math skills, logical thinking and how to work well with others.

After his son Peter’s adopted daughter Nicole appeared on a documentary about the wealth disparity in America called The One Percent, Buffett effectively disowned his granddaughter. In a comment about how Buffett would respond to her appearance in the film, Nicole said, “I definitely fear judgment. Money is the spoke in my grandfather’s wheel of life.”

Nicole's fears were validated. After the documentary appearance, Buffett wrote her a searing letter that said, “I have not emotionally or legally adopted you as a grandchild, nor have the rest of my family adopted you as a niece or a cousin.”

What was his reasoning for the seemingly harsh punishment? Her "perceived sense of entitlement and self-appointed role as family spokesperson" in the documentary upset Buffett beyond reproach.

10. Buffett owns relatively few stocks -- but those he owns, he tries to hold "forever."

Some investors think Berkshire Hathaway is a collection of highly diversified stocks, almost like a mutual fund. But Berkshire is no mutual fund. Buffett's goal is plain and simple: Find undervalued companies, regardless of their industry, and hold them forever.

While most ETFs and mutual funds own hundreds or thousands of different stocks, Berkshire Hathaway's portfolio is remarkably simple. It consists of stock from roughly 30 companies, including Coca-Cola, Wells Fargo, American Express, Procter & Gamble, Kraft, Johnson & Johnson, ConocoPhillips and Wal-Mart.

Buffett has always preferred to invest in companies and industries he understands well. After all, if you can't understand how a business makes money how can you possibly understand its true value? And luckily for us, it's an approach any investor can master.

How Did Warren Buffett Get Rich? 4 Key Stocks to Follow
The Man Warren Buffett Dubbed a "Superinvestor"
Investing Like Warren Buffett
What Investors Can Learn From Legendary Investor Sir John Templeton
5 Billionaire Investors You've Never Heard of Before
Ask an Expert
All of our content is verified for accuracy by Paul Tracy and our team of certified financial experts. We pride ourselves on quality, research, and transparency, and we value your feedback. Below you'll find answers to some of the most common reader questions about 10 Warren Buffett Facts You Won't Believe Are True.

If you have a question about 10 Warren Buffett Facts You Won't Believe Are True, then please ask Paul.

If you have a question about 10 Warren Buffett Facts You Won't Believe Are True, then please ask Paul. 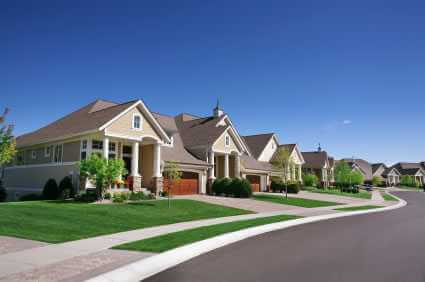 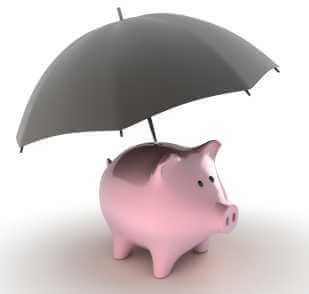 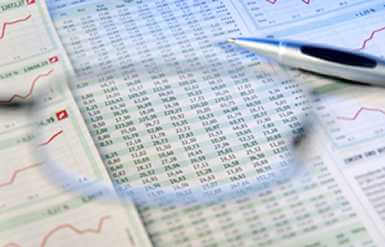