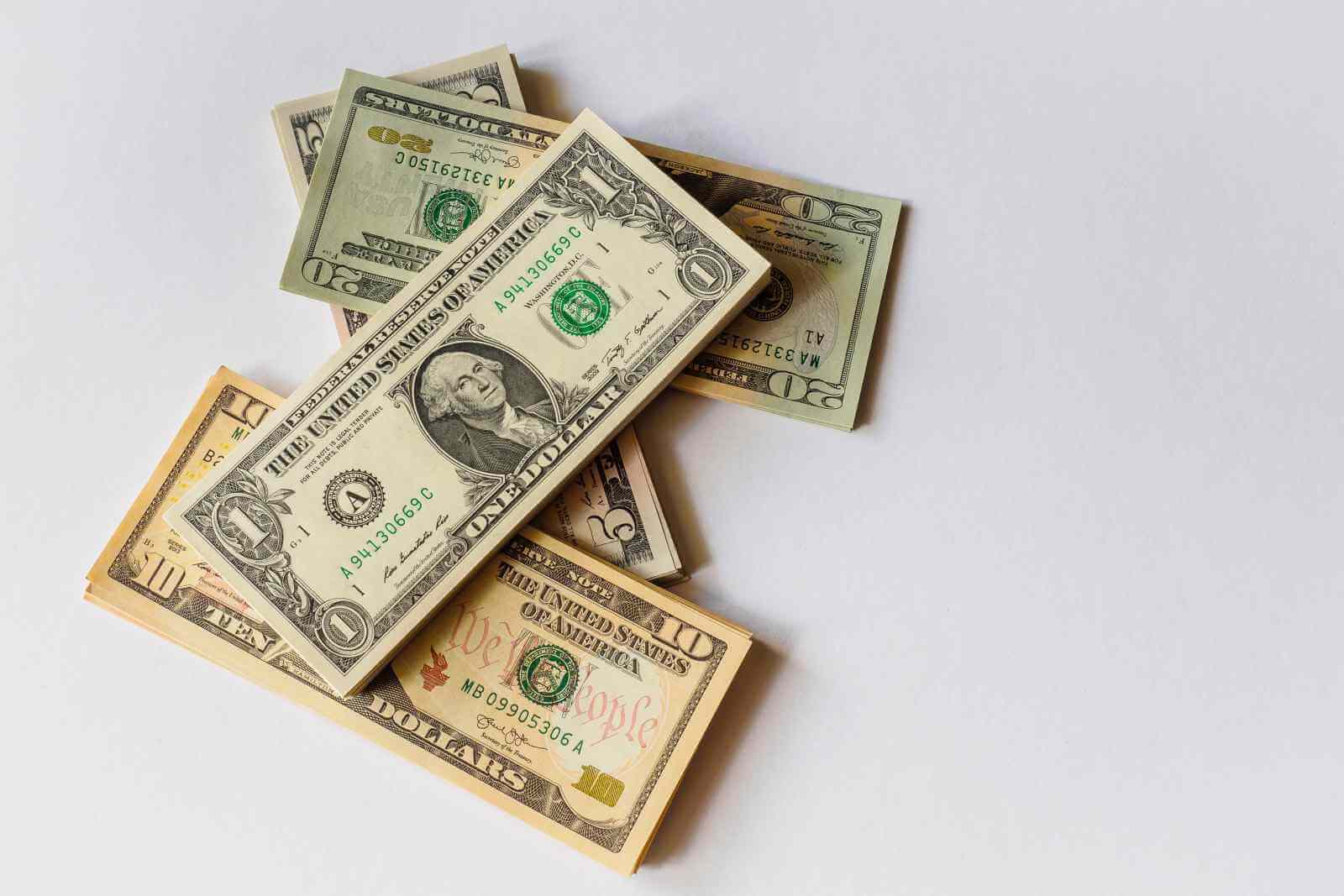 What Is a Board of Directors?

Boards vary according to the country in which they operate and the company they serve. Each company establishes guidelines for its boards under the state corporation commission guidelines. While most boards include anywhere from three to 30 members, they may consist of any number of people. Large, complex publicly-traded companies often have larger boards, while small, privately-held corporations have smaller boards.

Why Is a Board of Directors Important?

For over 150 years, boards have provided varying experience, insight, and wisdom (some from within the company/industry and some from outside of it).

Since companies are composed of many shareholders, it would be impossible for them to gather and agree on policies and decisions. By electing a board, shareholders participate in many company decisions but do not need to be directly involved in the day-to-day aspects of operations.

What Does a Board of Directors Do?

Boards guide the success or failure of a company by steering the overall corporate direction, setting policies, choosing executives, and ensuring that major decisions are ethical and prudent. They make a commitment to building the mission and vision of the company, ensuring that it is carried through all areas of the organization.

Although corporations worldwide utilize the board structure, there’s little consensus about a board’s exact roles and purposes. The corporation’s organizing documents state the number of people who must serve on its board and the specific duties of its members. It also indicates when the board should meet, how often it should meet, and the titles and duties of the board’s officers.

Most boards provide advice and counsel to senior executives, particularly in times of crisis. They may review applicants for senior-level positions and advise on the hiring and firing of C-suite leaders.

Boards also represent shareholders and thus vote (by proxy) on items such as distribution or reinvestment of dividends, dividend payouts, and executive compensation.

Carry out Duties of Loyalty and Care

Each director has duties of loyalty and care to an organization.

Loyalty means a director must put the needs and concerns of the organization first. If evaluating a decision that may impact both personal and corporate fortunes, directors are expected to put the company’s needs first.

Care means that each director must exercise good judgment based on the facts available to them at the time decisions are made. Decisions must be made “in good faith” based on a commitment to the company.

Types of Boards of Directors

There are many types of boards of directors. They include public/corporate, private, non-profit, advisory, and international boards. There may also be subtypes within each major type of board. For example, a non-profit board may have a separate board solely focused on fundraising.

Public & Corporate Board of Directors

A public (or corporate board) of directors serves the interests of shareholders in a public corporation. They represent shareholders at meetings, make hiring and firing decisions concerning executives, and oversee executive compensation.

Private Board of Directors

Non-Profit Board of Directors or Trustees

Advisory boards are informational groups that provide strategic insight and direction to the management of a corporation. Often, companies have advisory boards as well as a board of directors. Advisory boards offer a flexible approach to industry experts to guide, mentor, and advise on key decisions and policies.

International Board of Directors

Boards differ across various countries, but in many European and Asian countries, a two-tier board structure is used. Boards are split between an executive and a supervisory board.

In the United States, a supervisory board acts more like a traditional board of directors. It is headed by someone outside of the company and advises and votes on major issues affecting shareholders and employees.

What Does the Board of Directors Consist of?

Though boards are more diverse than ever before, there’s still room for improvement. A Harvard study from 2019 indicates that Caucasian men make up 61% of boards nationwide, with Caucasian women make up 19%. Minority men make up approximately 14% of board members and minority women just 6%.

Internal board of director members are those with specific company knowledge and/or who hold a large number of shares. These individuals are expected to keep the needs of employees and shareholders in mind when discussing or voting on issues. They often have deep corporate knowledge and may be C-suite executives, executive directors, retired company executives, union representatives, or majority shareholders.

Internal board members aren’t compensated for their time since they are already drawing a paycheck (or a pension/retirement benefits) from the company.

External directors are also called independent directors. They have never been involved in the day-to-day workings of the company but may have industry or specialized knowledge that could be helpful to the company. They are compensated for serving on the board.

Companies often look for certain characteristics in potential board members, such as expertise in finance, industry knowledge, or legal knowledge.

Board of Directors Titles

Board members can have varying titles, depending on what is described in their company’s organizing documents, the type of board, and the country in which the board is organized. Common board of director titles include:

Are Board of Directors Members, Employees, or Shareholders?

Boards may include members (such as members of a nonprofit) or employees. They can also include shareholders.

Are Board of Directors Members Paid?

In public and private corporations, board members are paid. In non-profit organizations, members of a board of trustees are unpaid.

Board of Directors vs. CEO

The CEO is the head of a company who is responsible for the business’ daily operations. The CEO, however, reports to the board of directors. The board has the ultimate oversight of the CEO’s activities.

Can the Board of Directors Fire a CEO?

Yes, but to do so, they must have reasonable cause and often give the CEO several warnings. Boards typically call for a vote on whether to fire a CEO. The CEO may be released immediately or kept on until the end of the contract period, depending upon the individual’s agreement with the company.

Are Board of Directors Members Elected or Appointed?

Shareholders must vote to confirm board members. They do so by submitting votes electronically through a secure website or through the mail on paper ballots. Typically, only a small number of board seats are open each year, ensuring that there’s continuity among the board steering the company’s interests.

Boards can also vote to remove members, although it can be a difficult process. Many directors have contracts with clauses that include a generous payout (a “golden parachute”) if they are removed. Boards must present a resolution at a general meeting that calls for the removal of a member, which is then voted on.

Can Board Members Fire Employees?

Boards do not get involved in personnel issues, so they do not fire individual employees (with the exception of the CEO). The company’s executive directors or managers should be held accountable for hiring and firing workers.

Can a Board of Directors Be Held Liable?

Board members can be held liable for certain actions, but insurance and indemnification provisions are often written into their bylaws to protect board members. For example, in financial matters, profit and nonprofit corporations are liable for their debts. If the company runs into financial difficulty, the company is responsible for repaying debts, not the board.

However, board members sign required financial documents as well as the company’s 10-K (the annual report filed with the Securities and Exchange Commission) and other required financial documents. Board members have a fiduciary responsibility and must be diligent and faithful to their promises of loyalty and care. Though it's rare, some board members have faced legal action if shareholders feel they reneged on their oversight responsibilities.

Pros and Cons of a Board of Directors

Boards legally fulfill the requirements of incorporation, thus helping companies maintain corporate status. They also provide support and guidance to management while providing shareholders with a voice in the company’s major decisions.

Like any group of people, however, boards can work harmoniously or with great tension. Some do not provide the expertise required of them and act merely as a prop to uphold the corporate charter. Boards may also be too micromanaging, making it impossible for CEOs to lead effectively.

Ask an Expert about Board of Directors

Forget The Generation Gap -- How To Motivate Coworkers Of Any Age
Flip Flops: Going from Public to Private
SWOT Analysis: A Practical Guide to Analyzing Companies
Making Sense of the NFL's Million Dollar Salaries
5 of History's Most Spectacular Corporate Meltdowns
Ask an Expert
All of our content is verified for accuracy by Rachel Siegel, CFA and our team of certified financial experts. We pride ourselves on quality, research, and transparency, and we value your feedback. Below you'll find answers to some of the most common reader questions about Board of Directors.

Should a Board of Directors Be Independent?

Most companies prefer a balanced approach to board membership and include both independent and internal board members. Because they aren’t involved in the daily activities of the company, independent board members can offer a neutral perspective that’s often lacking in small, private, or family-owned and managed companies.

How Are a Board of Directors and Audit Committee Related?

An audit committee is a subcommittee of a board that oversees the financial evaluation of the company. Companies hire independent auditors to review their finances. An audit committee might evaluate and hire the auditing firm, gather both internal and external financial documents for the audit, and present the results to the board.

Can a Board of Directors Be Made Up of Trustees?

Some nonprofits (especially educational nonprofits, colleges, and universities) maintain a board of trustees rather than a board of directors. They function similarly, but unlike board members, trustees are unpaid.

If you have a question about Board of Directors, then please ask Rachel.

Perhaps no other man in the history of economics enjoys the rock-star status Adam Smith holds. Read More ›

The DOs and DON'Ts of Starting Your Own Business

One of the most valuable assets any startup can have in its portfolio is good advice from those who have successfully battled the same issues these entrepreneurs now face. Read More ›

Ask an Expert about Board of Directors