Bail is a set amount of money (or property) required to be paid by a defendant for conditional release from custody, with the promise of returning for an appointed court date.

If the defendant does not appear in court the bail money may be forfeited to the court.

The bail amount is set by the court, but many defendants are unable to pay the full amount. To assist with payment of bail, dependents may use bail bonds in lieu of the full bail amount, typically posted by a bail bondsman.

How is Bail Set?

What is a Bail Bond?

A bail bond is a type of surety bond that helps guarantee that the defendant will return to court for trial. Bail bonds are a promise from a bail bondsman or bail agent to pay the full bail amount to the court should the defendant fail to appear for a future court date.

An agreement is consigned by the defendant and bail bond firm, guaranteeing payment, and the defendant is charged a fee for this service (typically 10% of the total bail amount). Some states regulate only an 8% maximum on bail bond fees, but there may also be other fees associated with the bail bond service.

Note: The commercial bail bond system is only available in the United States and the Philippines.

How do Bail Bonds Work?

Bail bonds are an option for criminal defendants as part of the bail process. A defendant receives a bail hearing (or arraignment) before a judge. The judge will set the amount of bail, at her discretion, based on the seriousness of the crime, the history of the defendant, or other specific factors of the case.

For violent crimes, or in the case of a "flight risk", the judge may set the bail amount at an amount so exorbitant that no bonding company would be willing to guarantee the amount. In some cases, bail will be denied altogether.

If a defendant cannot afford bail, or find a bail bondsman to guarantee the bail amount, the defendant will remain incarcerated until trial.

Note: Defendants who are foreign nationals, or who present a threat to the safety of any potential witnesses, will likely be held without bail – or required to pay a very significant amount.

Once the judge sets bail, the defendant may remain in jail, arrange for a bail bond, or pay the bail amount in full themselves. The defendant may also be able to provide collateral to post bail.

If the defendant chooses to go with a bail bond, a bail bondsman will provide a written agreement to the court that promises that the bonding company will pay the full amount of the bail if the defendant does not appear at the scheduled court date.

The defendant may also be required to provide proof of creditworthiness or put up additional collateral (such as the deed to a house, a car, or jewelry) to secure the bond. Associates of the defendant, such as relatives, can provide collateral as well – such as a lien on a property.

If the defendant does not appear in court, the bail bondsman is on the hook for the entire bail amount as part of the bail bond agreement.

Here's an example of using a bail bond:

Shaun is arrested, and during his bail hearing, the judge sets bail for $1 million. Shaun does not have the funds to post bail, so he hires a bail bond firm to post a $1 million bail bond for him. In return, Shaun pays the bail bond company a $100,000 fee for their service. This $100,000 is paid up front, and Shaun is released on bail.

The bail bondsman also wants Shaun to put up collateral to cover the remaining $900,000, so Shaun offers the deed to his $900,000 house to cover the costs in case he does not show up in court. This gives the bail bondsman surety that his bond will be fully covered should Shaun not appear at his scheduled court date(s).

If Shaun appears in court at the scheduled times, at the end of the trial (no matter the outcome), the bond is dissolved, Shaun's deed to his house is returned, and the bail bond firm keeps the $100,000 as payment for the bail bond service.

If Shaun decides to flee, and does not appear at his scheduled court date(s), the bail bondsman would be required to pay the full $1 million bail amount, and would use Shaun's cash and collateral to cover the costs.

Ask an Expert about Bail Bond

Dreaming Of Investing In A Beach House? Read This First
7 Money Mistakes You Are Probably Making -- And How to Fix Them
3 Financial Protections for Live-In Partners
The #1 Biggest Mistake Made By Renters
Dreaming Of A Second Home? These 9 Tips Can Make It A Reality

Alimony
Personal Property
Spousal Support
Ask an Expert about Bail Bond
At InvestingAnswers, all of our content is verified for accuracy by Rachel Siegel, CFA and our team of certified financial experts. We pride ourselves on quality, research, and transparency, and we value your feedback. Below you'll find answers to some of the most common reader questions about Bail Bond.

If you have a question about Bail Bond, then please ask Rachel.

If you have a question about Bail Bond, then please ask Rachel. 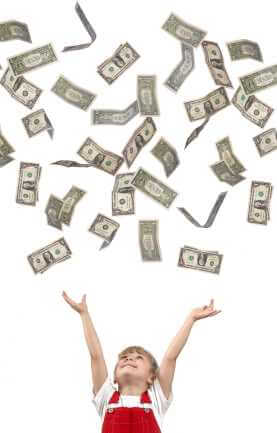 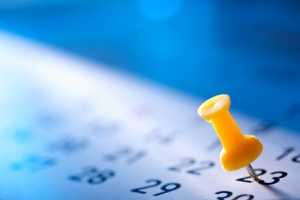 While most securities pay their dividends quarterly (every three months), you might see others paying monthly. Although quarterly payments are far more typical, more frequent monthly dividends may...Read More ›

Ronald Reagan, the 40th President of the United States (1981-1989), was a busy man. A former actor and governor of California, Reagan negotiated a treaty with the Soviet Union to eliminate...Read More ›

Ask an Expert about Bail Bond