Just because you have rich parents, it doesn't mean you're going to inherit a lot of money.

Just ask J. Paul Getty, the force behind Getty Oil and one of America's first billionaires.

J. Paul's father died a millionaire -- but he only left 5% of his estate to his son.

But that didn't matter much because J. Paul's father had already inducted him into the family business -- oil. Once you understand the business that made your family wealthy, and if you have the will to pursue that business, it's possible to make money in your own right.

J. Paul Getty's father, George Getty, was in the oil business. He was doing well enough that J. Paul could attend school at the University of Southern California and the University of California at Berkeley before graduating from Oxford in 1914. During the summers, J. Paul came home to learn about the family business from the bottom up, working oil fields in Oklahoma.

Thanks to his father's connections, J. Paul was able to run his own oil company. He was so successful that he made his first $1 million by the middle of 1916. He was 23 years old.

J. Paul didn't stand alone in benefiting from having rich parents. Many of the best-known American entrepreneurs (including Bill Gates) have enjoyed the sweetheart status of having wealthy and influential parents. And companies have rich parents, too -- a wealthy "parent" company giving them sweetheart deals and special pricing that gives them a leg up on the competition. (Click here to learn more about this phenomenon in our special report, "The Top Three Trust Fund Stocks To Buy Now.")

So what can you learn from Getty, a guy with rich parents who was ridiculously wealthy by his early 20s?

You may not think there would be much. However, while J. Paul's Getty's life was unusual in many ways, there are multiple things that you can learn from his experience.

1. Your Bad Choices Can Cost You Millions.
In his 20s, J. Paul took his newfound (and independent) wealth, and "retired" to Los Angeles in 1917, spending money on parties and women.
J. Paul did return to the oil business in 1919 and continued making money. His solid foundation -- and the expansion of the petroleum industry -- helped him make money with relative ease. He didn't stop womanizing, though. He had three marriages and divorces in the 1920s, distressing his father. In fact, his father was so disappointed in J. Paul's moral character and free spending ways that he was afraid that the company business would be ruined.
Out of the $10 million that George Getty had when he died in 1930, he left only $500,000 to his son J. Paul. He didn't want to risk so much money on a son that he had no faith in.

2. You Often Have To Take Big Risks To Reap Big Rewards.

His father's disapprobation didn't matter that much because J. Paul had a knack for business -- especially the oil business. He was smart about investing through the Great Depression, acquiring different oil businesses.

On top of that, he made a deal for Saudi Arabian oil concessions. It took four years to discover oil on his concession, and it cost $30 million. But the big investment (or gamble, as some say) paid off in the end, and the Saudi oil fields were part of the reason that he was named the richest living American by Fortune in 1957. It also helped him become one of America's first billionaires.

Even though it seemed as though things came easily to J. Paul to the outside world, the reality is that he worked hard to make deals and improve himself so that he could succeed. And don't forget that he spent tens of millions of dollars in Saudi Arabia before it paid off.

J. Paul was able to improve the fortunes of Getty Oil by learning Arabic and becoming friendly with Middle Eastern rulers. He eventually got to the point at which he owned the controlling interest in almost 200 businesses.

He consolidated many of his separate oil company acquisitions into Getty Oil.

He is quoted as saying, "The meek shall inherit the earth, but not the mineral rights," in reference to the difficult negotiations involved in getting Middle Eastern concessions for oil exploration and development.

J. Paul Getty died of heart failure in 1976. He left an extensive art and antiquities collection, and he left a large chunk of his estate to the J. Paul Getty Museum in Los Angeles.

The Investing Answer: It's possible to learn a lot from J. Paul Getty. He had rich parents who helped him get started in business, but he almost ruined it when his father became disappointed in him. However, hard work and perseverance paid off in the end. Getty built on the foundation of his rich parents and eventually became one of the richest people in the world.

How Sam Walton Built A $500+ Billion Dynasty
Famous Entrepreneurs and How they Achieved Success
50 Quotes from Bill Gates - One of the Wealthiest Men in America
5 Costly Missed Business Opportunities
How the 5 Wealthiest MLB Owners Got Rich
Ask an Expert
All of our content is verified for accuracy by Paul Tracy and our team of certified financial experts. We pride ourselves on quality, research, and transparency, and we value your feedback. Below you'll find answers to some of the most common reader questions about Rich Parents, Wild Parties, Big Oil: How J. Paul Getty Made His Billions.

If you have a question about Rich Parents, Wild Parties, Big Oil: How J. Paul Getty Made His Billions, then please ask Paul.

If you have a question about Rich Parents, Wild Parties, Big Oil: How J. Paul Getty Made His Billions, then please ask Paul.

What Is a Stop-Loss Order? A stop-loss (also called a...Read More › 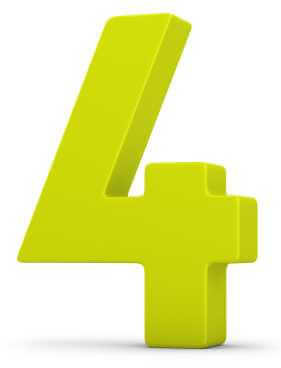