What is a Lead Underwriter?

How Does a Lead Underwriter Work?

When a company decides it wants to issue stock, bonds, or other publicly traded securities, it hires an underwriter to manage what is a long and sometimes complicated process.

To begin the offering process, the underwriter and the issuer first determine the kind of offering the issuer needs. Sometimes the issuer wants to sell shares via an initial public offering (IPO). In this case, the proceeds go back to the company, but other offerings such as secondary offerings funnel the proceeds to a shareholder who is selling some or all of his or her shares.

After determining the offering structure, the underwriter usually assembles what is called a syndicate to get help managing the minutiae (and risk) of particularly large offerings. A syndicate is a group of other investment banks and brokerage firms that commit to sell a certain percentage of the offering (this is called a guaranteed offering because the underwriters agree to pay the issuer for 100% of the shares, even if they can’t sell them all). The lead is the underwriter, which has the responsibility for assembling and managing the syndicate throughout the process. That means it is primarily responsible for assembling the "sales force" that will sell the securities.

After the syndicate is assembled, the lead underwriter usually writes and files an SEC Form S-1, which is also called a prospectus. The Securities Act of 1933 requires the prospectus to fully disclose all material information about the issuer, including a description of the issuer’s business, the name and addresses of key company officers, the salaries and business histories of each officer, the ownership positions of each officer, the company’s capitalization, an explanation of how it will use the proceeds from the offering, and descriptions of any legal proceedings the company is involved in.

Prospectus in hand, the underwriter then sets to selling the securities. This usually involves a road show, which is a series of presentations made by the underwriter and the issuer’s CEO and CFO to institutions (pension plans, mutual fund managers, etc.) across the country. The presentation gives potential buyers the chance to ask the management team questions. If the buyers like the offering, they make a non-binding commitment to purchase, called a subscription. Because there may not be a firm offering price at the time, purchasers usually subscribe for a certain number of shares. This process lets the lead underwriter gauge the demand for the offering (called “indications of interest”) and determine whether the contemplated price is fair.

Why Does a Lead Underwriter Matter?

Lead underwriters grease the skids for bringing securities to market. Issuers compensate them for this by paying a spread, which is the difference between what the issuer receives per share and what the underwriter sells the shares to the subscribers for. For example, if XYZ Company shares had a public offering price of $10 per share, XYZ Company might only receive $9 per share if the underwriter takes a $1-per-share fee (the lead underwriter shares this with the syndicate but gets a larger portion of that $1). Making a market in the securities also generates commission revenue for underwriters.

As we mentioned earlier, underwriters take on considerable risk, and the lead underwriters especially so. Not only must they advise a client about matters large and small throughout the process, they relieve the issuer of the risk of trying to sell all the shares at the offer price.

Ask an Expert about Lead Underwriter

The Controversial Stock Pick That Spawned This Nasty Email
99 Surprising Financial Facts Most Investors Don't Know
4 Secret Warning Signs That Your Stocks Could Be Ready To Plunge
The Strange-But-True Story About How A Stock Price Is Born
4 Stock Market 'Truths' That Are Dangerously Wrong
Ask an Expert
All of our content is verified for accuracy by Paul Tracy and our team of certified financial experts. We pride ourselves on quality, research, and transparency, and we value your feedback. Below you'll find answers to some of the most common reader questions about Lead Underwriter.

If you have a question about Lead Underwriter, then please ask Paul.

If you have a question about Lead Underwriter, then please ask Paul.

Many investors turn to mutual funds because the funds can make it fairly easy to see solid returns while maintaining a degree of diversity. Unfortunately, there...Read More ›

There's nothing like lackluster savings rates and an uncertain market to drive investors into...Read More › 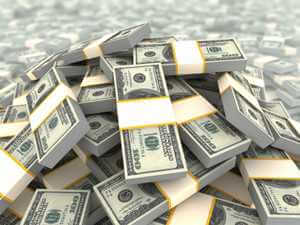 Ask an Expert about Lead Underwriter