The Secret To Drama-Free Discussions About Inheritance

When aviator, film producer and engineer Howard Hughes died in 1976, no will was found. Suddenly, a gas station attendant named Melvin Dummar arrived on the scene waving a handwritten will.

He claimed he had once rescued Hughes from the side of the road in Nevada, and that Hughes had promised him $156 million. The note was found to be a forgery in 1978, and Hughes' $2.5 billion was parsed among 22 cousins in 1983. Yet Dummar tried again with another lawsuit 31 years later.

When inheritance does not cut a clear path, wills tend to bring out the survival instincts of people who fear they won't get their fair share. To really complicate matters, you may have two families, one with adult children, and the other with your younger children still in the home. This can lead to jealousy and uncertainty between the new wife and the older children. So what do you do in such a circumstance?

"The current wife will feel potentially disenfranchised and maybe vulnerable, given the other and prior marriages and children. So there really is a lot of work to be done to make sure that everybody's on the same page," said Illan.

But there is a way to make your intentions known ahead of time, and even create an atmosphere of good will. Here it is: open the conversation about inheritance with the entire family by creating a family tradition centered around philanthropy.

How? Each year, when the entire family is together (perhaps over the winter holiday), give each person a financial gift, and encourage them to make a donation to a charity they believe in, said Illan. The amount is negligible: For families just starting out with young children, it could be a small amount, or range up to the yearly tax-free gift amount of $13,000 per donor (or $26,000 for a married couple).

One way to help kids to develop a social conscience of their own is to give money to youngsters, with the choice to either spend it on themselves, or on someone or something that's more needy. (Young children, for example, are likely to choose causes for animals.) You can guide the kids to develop their socially responsible reasoning by researching causes or visiting places together, and by encouraging them to be more charitable.

All of these traditions, Illan believes, may establish a spirit of good will. A few months after the giving, meet again and discuss how you each donated the money.

"It adds something that most families are really needing, which is a forum to have conversations that are not confrontational," said Illan.

Consider having it stewarded by a financial professional to make sure it becomes a priority and a positive family tradition. Establish a regular dialogue about caring for those less fortunate.

"It is a shift in family mentality from, 'Where's my piece? I want my fair share. ...' There's sharing instead of competing for funds," said Illan. "It's just a consistent messaging that after time will evolve. ...But it is an investment."

Hopefully, it will encourage a heightened sense of responsibility toward money.

Christopher Conigliaro agrees. He's managing director of Hamowy, Conigliaro and Associates, a New York financial advisory practice of Ameriprise Financial. "One of the most important things is to instill proper values with all family members and responsibility around money so there's respect among the peers in the family," he said. "So, if you have children or family members who do not have solid values centered around money and how money can help others and help the family, and they're in it for themselves and just spend every dime they can, that can cause a breakdown and animosity between family members."

The common goal of helping others with money and then sharing stories about it may begin to build a sense of meaning, responsibility and family togetherness.

It also opens the door to the next conversation.

Protecting Money For Generations To Come

Children generally inherit most of their parents' wealth, but that wealth typically runs out by the second or third generation. It doesn't matter if the heir is a professional or highly educated, said Illan. If they don't have the time to manage the wealth, they may become susceptible to making bad investments or losing wealth through predatory salespeople.

"It's very similar to the lottery mentality, when people have these windfall events. Lottery winners have no money after a decade. It's exactly the same thing when it comes to beneficiaries inheriting money within families that are not prepared to have those windfalls," said Illan, who has watched heirs blow through millions of dollars in less than five years.

It becomes even more difficult when the wealth has been supporting adult children who have never had to work, or act as productive members of society.

"(It's) entitlement that needs to be addressed and just acknowledged," said Illan.

To allow the money to stretch to the next generations, always be transparent with your intentions. Provisions can be added to the governing documents to:

"The idea is that it's not this unlimited bucket of money that somebody can just keep coming back to the well and drawing out without any consequence," said Illan.

If you've just gotten married, start the conversation as soon as possible.

"A lot comes down to the relationship between the spouses. I think, if there are extended multiple families that are involved, with children from both marriages, the spouses need to be upfront and clear with each other from the onset of their new marriage, that there is an existing family that's in place, and they will be entitled to their fair share of the inheritance and the estate. Being open honest and clear, with proper expectations set in the beginning will help with that.

If nobody says anything and years go by ... that causes more strain," said Conigliaro.

The Investing Answer: To keep your wealth alive for generations to come, pay out interest on principal, rather than the principal itself. Find a financial adviser who will be bound to allocate the trust assets according to the provisions and instructions you lay out, regardless of their own or the beneficiaries' wishes. (Even in the face of a legal battle.)

The Common Mistake That Puts Your Entire Portfolio At Risk
7 Reasons Your Kids Shouldn't Always Get The Same Inheritance
Combine Charity, Flexibility & Big Tax Savings with a Charitable Remainder Unitrust
5 Estate Planning Moves For Those Without Heirs
Entrepreneurs and Estate Planning: Protecting the Golden Goose
Ask an Expert
All of our content is verified for accuracy by Paul Tracy and our team of certified financial experts. We pride ourselves on quality, research, and transparency, and we value your feedback. Below you'll find answers to some of the most common reader questions about The Secret To Drama-Free Discussions About Inheritance.

If you have a question about The Secret To Drama-Free Discussions About Inheritance, then please ask Paul.

If you have a question about The Secret To Drama-Free Discussions About Inheritance, then please ask Paul. 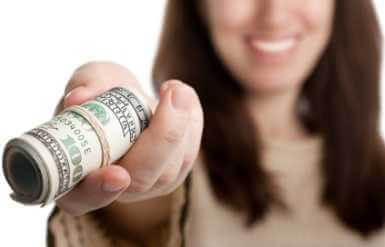 Here's a big downside to investing in equities: Your gains come later, not sooner. I’m happy with my...Read More › 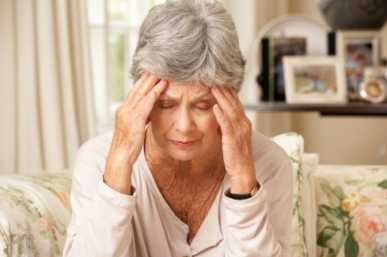 If you haven't put any effort into saving for retirement, it's something worth considering -- and soon. That's...Read More › 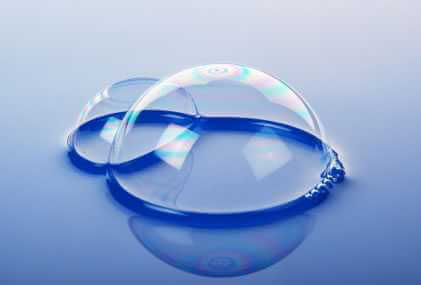