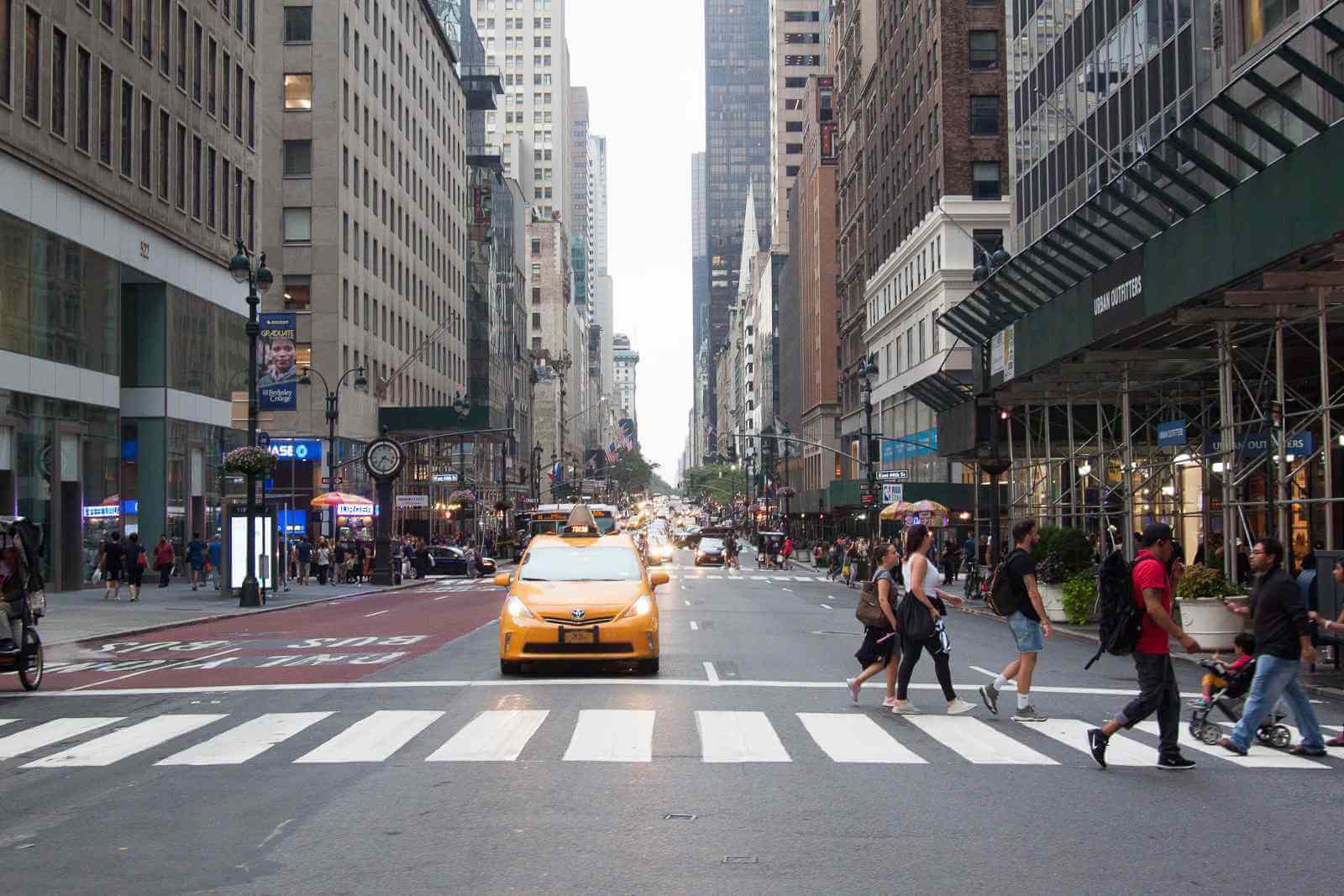 What Was Black Tuesday?

Also known as the Wall Street Crash of 1929, Black Tuesday was the worst stock market crash in US history. Black Tuesday was an abrupt end to the rapid economic expansion of The Roaring 20’s. This event is widely considered to be one of the largest contributors to the beginning of The Great Depression.

On October 29, 1929, over 16.4 million shares were traded on the New York Stock Exchange (NYSE). This was four times the average volume at that time. Investors lost a total of $14 billion ($212 billion in 2020 dollars), and the Dow Jones Industrial Average (DJIA) fell by 12% within a single day.

The events on October 29 were preceded by a long chain of contributing factors that began almost a decade before.

During World War I, the massive demand for agriculture was supported by high prices and plenty of competition from small farmers across the country. Following the end of the war, technological advancements in the industrial sector caused agriculture production levels to further increase but demand fell to pre-war levels.

Eventually, farmers were forced to decrease their prices in order to sell products, causing the property and crop values to fall. This resulted in widespread bankruptcies, loan defaults, and financial strain for a significant number of American farmers.

At the start of The Roaring 20s, many Americans moved to cities to pursue jobs in the growing industrial sector. For the first time in US history, the 1920 US Census found that more than 50% of Americans lived in cities.

Fueled by post-war optimism, more people began taking out an increased number of mortgages. Department stores and automobile manufacturers began offering credit, causing consumer debt levels to skyrocket. Beyond homes, cars, and household goods, many people began investing in the stock market for the first time (partially due to the availability of broker-issued credit). More simply, a record number of investors borrowed to purchase stocks on margin.

By the summer of 1929, brokers had lent out $8.5 billion of stocks on margin, which was more than the total amount of currency in circulation in the United States at the time.

Beyond agricultural and credit-related issues, there were a number of other issues that caused stock market instability in the lead up to Black Tuesday:

Over the course of the 1920s, these factors helped increase the Dow Jones Industrial Average by a factor of ten. This was largely driven by speculation (as new investors did not have the resources to analyze or monitor investments), along with the desire to transfer their savings to a form of money that was more likely to hold its value. In other words, the market was propped up on a shaky foundation.

In September 1929, the London Stock Exchange Crash is widely accepted as one of the largest causes of Black Tuesday. Clarence Charles Hatry was a prominent English businessman and investor who also ran a stockbroking business. In 1929, he bought United Steel in an effort to consolidate the steel business but struggled to secure funding.

In order to obtain collateral that would be used to raise money for the purchase, he issued fake securities in his existing companies. Eventually, the public discovered that he was over-extended and his remaining sources of funding called for their loans to be repaid. He confessed to his accountant on September 18th and was arrested for fraud two days later.

By early October – when investors realized that the market was artificially inflated – prices began to fall as investors sold off stocks. As the value of stocks fell, brokers issued margin calls in an effort to limit their losses, but this only caused the market to fall further. On October 10th, the DJIA closed above 350 for the first time in ten trading days, sparking profit taking that eventually led to mass selloffs.

On Black Thursday (October 24th, 1929) the market lost 11% of its value when it first opened, triggering an even larger increase in selloffs. A staggering 13 million shares were sold over the course of the day. In fact, stocks were being sold so quickly that the ticker tape could not keep up, preventing brokers and investors from knowing the actual prices they were being sold at. Aiming to stop the freefall, banks scrambled to buy up large amounts of stock and the market managed to close only 6 points down – but the worst was yet to come.

When the markets reopened on Monday, widespread panic selling and margin calls caused prices to drop once again. The market dropped another 13% as over 9 million shares exchanged hands, virtually wiping out the efforts made by bankers on Black Thursday.

What Happened on Black Tuesday?

Despite the devastating losses of the previous four days, Black Tuesday was far worse. As the market opened, panic selling continued as investors tried to exit their positions and recoup some of their losses. But many were too late: Some stocks were reported as having no buyers at any price. By the end of the day, 16.4 million shares were traded on the NYSE, the DJIA fell by another 12%, and investors had lost over $14 billion.

From Black Thursday to Black Tuesday, the stock market lost over $26 billion in value and over 30 million shares were traded. After this devastating week, prices continued in freefall, wiping out an estimated $30 billion in stock value by mid-November 1929.

Before the crash, many people felt that the stock market was a reflection of the booming economy and invested their life savings in the hopes that it would continue to go up. Many non-investors were also affected since some bankers invested consumer money without permission or knowledge, losing it entirely. Between the loss in value of their investments – and the repayment of loans and borrowed stocks – many people’s life savings were completely wiped out by the crash.

After losing confidence in the banks, many consumers chose to withdraw their savings all at once, causing a wave of bank runs across the country. Due to low reserve requirements, banks did not have enough available cash to meet consumer demand. They were forced to liquidate assets at below-market prices, leading to insolvency and bankruptcies. Roughly 650 banks failed in 1929, followed by an additional 1,300 the next year.

The Introduction of the Smoot-Hawley Tariff

Aiming to increase domestic spending and aid businesses, President Hoover introduced the Smoot-Hawley Tariff in 1930. This law increased tariffs on imported goods, but foreign countries responded by boycotting and placing tariffs on American products (directly harming American producers who were desperate for sales).

The Great Depression caused a ripple effect that was largely influenced by newly-elected President Franklin Roosevelt and the introduction of The New Deal. This was a set of programs, regulations, and initiatives that targeted the "three Rs": relief, recovery, and reform.

Relief: A New Way of Life

Aiming to provide relief to unemployed people and underdeveloped areas, millions of new jobs were created through the introduction of public works projects. From bridges to airports, schools, and roadways millions of people entered the construction trade sectors. Significant aid to the agricultural sector also helped encourage a return to farming, and the repeal of the Smoot-Hawley tariffs increased the demand for American goods.

While these new projects provided some relief, the 1930s were a far cry from the boom of the 1920s. Frugality became the new normal as people reduced their incomes and made do with what they had. Cheaper cuts of meat, beans, soups, and homemade bread became staples, and some housewives even fashioned clothes out of flour bags and feed sacks.

The economic instability and deflation that resulted from the stock market collapse pushed consumers to pull money out of banks and invest in other forms of currency. Investments in commodities, gold, and bonds became popular as consumers valued stability.

The mass conversions of dollars to gold eventually led to the suspension of the Gold Standard through the Gold Reserve Act of 1934. This move increased money supply and effectively devalued the dollar in order to reduce deflation. The result was lowered interest rates and stimulated consumer (and government) investment in durable goods.

In spite of the hardships caused by the event, a number of major regulatory changes for the financial industry were born out of Black Tuesday:

Ask an Expert about Black Tuesday

A Cautionary Tale: 4 Stocks That Took Only Days to Crash
High Inflation Is Coming -- Here's How To Protect Your Wealth Now
Another Valuable Investor Tool: Using Operating Margin To Boost Returns
What is the Real P/E Ratio for the S&P 500?
4 Clues That Your Favorite Brand Is Also A Great Stock Pick
Ask an Expert
All of our content is verified for accuracy by Rachel Siegel, CFA and our team of certified financial experts. We pride ourselves on quality, research, and transparency, and we value your feedback. Below you'll find answers to some of the most common reader questions about Black Tuesday.

Why Is It Called Black Tuesday?

In finance, the term “black” has historically referred to days of economic stress, disaster, and/or misfortune. An early example dates back to the first Black Friday in 1869, when an attempt to corner the gold market was met with panic and an eventual collapse of the market.

What Does Black Tuesday Have to Do with Black Thursday?

There are a number of factors that contributed to The Great Depression, but Black Tuesday (and the factors behind it) are widely considered to be one of the major causes.

Did Black Tuesday Cause The Great Depression?

There are a number of factors that caused the great depression, but Black Tuesday and the factors behind it are widely considered to be one of the major causes of The Great Depression.

The Stock Market collapse on Black Tuesday was made possible by a variety of events and factors that arose throughout the 1920s, including the availability of credit, the agriculture crisis, and the London Stock Exchange Crash of September 1929.

If you have a question about Black Tuesday, then please ask Rachel.

DiversyFund Review: An Easy Way to Invest in Real Estate

DiversyFund is a real estate crowdfunding platform that focuses on investing in multifamily properties. Read More ›

Ask an Expert about Black Tuesday