10 States With the Most Seriously Delinquent Mortgages

Do you loathe having to pay your mortgage each and every month? You're certainly not alone.

But consider yourself lucky. There are millions in this country that would love to be able to pay their mortgage at all.

According to a February 2012 report by the Federal Bank of New York, nearly 289,000 individuals filed for foreclosure in the fourth quarter of 2011 alone. That's on top of 917,000 foreclosures in the three prior quarters of 2011.

And unfortunately, that may not be the end of it. The New York Fed also reported that around 6.89% -- or about one in 15 homes -- of the nation's outstanding mortgage balances were 90 days or more delinquent in the fourth quarter of 2011. That's considered seriously delinquent. (Note: The report includes both mortgage installment loans and home equity lines of credit, or HELOCs, in the overall debt totals.)

To put that in perspective, that's at least four times as many people facing serious delinquency as in the first quarter of 2007, when only 1.56% (1 in 64 homes) of mortgage balances were 90-plus days delinquent.

If you think the national average of one in 15 mortgage balances being seriously delinquent is bad, there's a handful of states that are suffering far more than the rest of the nation -- no thanks to the bursting of the housing bubble and continuing high unemployment levels.

Here are the top 10 states with the most mortgage balances that were 90 days or more delinquent at the end of 2011, according to the New York Fed report:

10. So. Carolina -- 6.07% of outstanding mortgage balances are at least 90 days delinquent 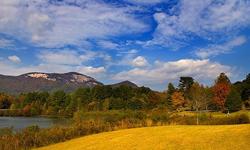 With a staggering 8.9% unemployment rate according to the Bureau of Labor Statistics, it's been difficult for many in the Palmetto State to make ends meet.

9. Connecticut -- 6.38% of outstanding mortgage balances are at least 90 days delinquent 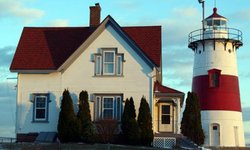 Connecticut's job market has improved tremendously from last year, with its unemployment rate dropping from 9.1% in 2011 to today's 7.7%.

Regardless, the Constitution State still ranks ninth on the list. But mortgage debt isn't the only problem: Connecticut also ranked fifth in the nation in terms of highest credit card debt per person.

8. Maryland -- 7.14% of outstanding mortgage balances are at least 90 days delinquent 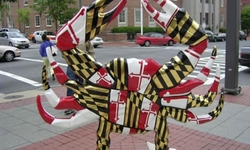 Despite a lower-than-average unemployment rate of 6.6%, Maryland's home prices have dropped 21.4% since 2007 according to a mortgage performance report by the Federal Reserve Bank of Richmond. That's caused many Maryland mortgage holders to have negative equity in the home -- better known as being underwater.

Today, 30% of all mortgages in the Free State are underwater according to Corelogic's Negative Equity Report released in March, leading many to simply walk away from their mortgage obligations.

7. California -- 7.57% of outstanding mortgage balances are at least 90 days delinquent 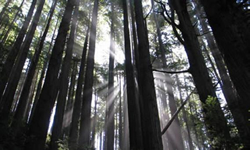 California's frustratingly high 11% unemployment, combined with a poor housing market that's fallen 42.7% from its peak and a 30% underwater-mortgage rate has left mortgage borrowers in a state of dismay as well.

The state ranks seventh on this list with one in 12 mortgage holders in serious delinquency. But it should be noted that California has come a long way since the end of 2009. Back then, 12.29% of the Golden State's mortgage balances -- about one in eight -- were seriously delinquent.

6. Arizona -- 7.63% of outstanding mortgage balances are at least 90 days delinquent 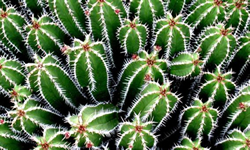 But what's really hurt the state is the fact that home prices have plummeted 48.6% since 2007, according to a home price index report released in May from Corelogic.

As a result, Arizona has the second highest percentage of mortgages that are underwater at 48% -- just behind national leader Nevada. That has prompted many Arizonans to walk away from their mortgage payments.

5. Illinois -- 7.87% of outstanding mortgage balances are at least 90 days delinquent 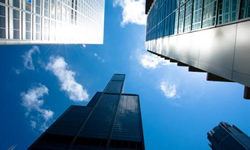 Disappointingly high unemployment (8.8%) in the Land of Lincoln and the fact that nearly one in three houses are underwater has made it difficult for many Illinoisans to make their mortgage payment.

And while many of the most hard-hit states have seen improvement in mortgage delinquencies in the past year, Illinois has seen little. At the end of 2010, the rate was 7.91, only marginally above the current rate. 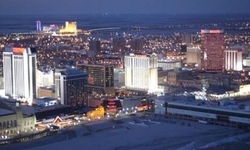 The Garden State, in addition to ranking fourth on this list, ranked No. 2 in our list of states with the highest credit card debt.

An uncomfortably high 9.0% unemployment rate certainly hasn't helped the state's mortgage holders, and like many other states on the list, it carries a high amount of underwater homes (21.9% of mortgages are underwater).

The amount of mortgages in serious delinquency have grown ninefold since the end of 2006, from just one in every 98 mortgage balances in 2006 to nearly one in 10 today. 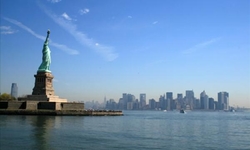 The number of seriously delinquent mortgages in the Empire State has more than tripled since the end of 2007.

Strangely, New York has the lowest amount of underwater homes in the country and has an unemployment rate that is on par with the national average.

Don't be fooled, though. New York's seriously delinquent mortgage rate has been higher than the national average's for much of the last decade -- perhaps because of the high cost of living in New York's popular cities.

The state also ranks 10th in the nation in terms of highest student loan debt per graduate, and seventh in the list of states with the highest credit card debt.

2. Nevada -- 13.57% of outstanding mortgage balances are at least 90 days delinquent 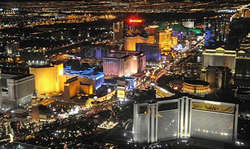 Even four years after the 2008 market crash, Nevada's housing market and overall economy is still left with blatantly visible scars. Since last year, the state's unemployment has remained above 12.0% -- the highest in the nation.

Nevada also unfortunately holds the title as the state with the most underwater mortgages.

Housing prices are down 59.1% from their pre-crash peak, and a dismal 61% of all mortgaged properties in Nevada were underwater.

1. Florida -- 18.02% of outstanding mortgage balances are at least 90 days delinquent 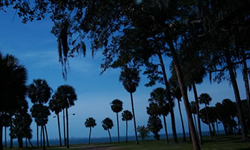 It's not all sunshine in this state -- at least it hasn't been for the past few years. Florida faced the third worst housing market crash in the nation, with homes losing 48.1% of their value since the market peak.

Today, 44% of Florida's mortgage loans are underwater and the state carries the sixth highest rate of unemployment (9.0%) in the nation.

In the fourth quarter of 2005, Florida had one of the lowest serious delinquency rates in the country. Just 0.64% -- or one in 157 -- of mortgage balances were more than 90 days delinquent.

But a severely crippled economy and a glut of underwater mortgages changed all that, and it's been extremely difficult for millions in Florida to pay the monthly bill.

Almost one in five mortgage holders are now in serious delinquency in the Sunshine State.

The Top 5 Credit Card Signup Bonuses (2020)
What's better than earning rewards for using your credit cards? Getting paid hundreds of dollars in ...

The Top 4 Balance Transfer Credit Cards for 2020
Tired of dragging credit card debt around with you? Then do a balance transfer to transfer debt from...

The 5 Best Rewards Credit Cards for 2020
If you're spending money, why not get paid for it with one of the best cashback credit cards of 2020...
LATEST

How to Avoid Paying Bank Fees Once and For All

How to Choose the Best Credit Card Offers

The 8 Best Reasons to Invest in a Roth IRA

5 Tips to Know Before Using an Online Brokerage