Whether you're looking to attend college for the first time or returning in the midst of a slow economy to develop your career, one thing has remained certain for decades: A college degree is your best bet in earning a larger paycheck. According to the College Board, workers who held a bachelor's degree earned 66% more money than those who didn't have one and accumulated a tidy $335,811 more over a 46-year working life than those without degrees.

[InvestingAnswers Feature: 5 Ways to Save on College Tuition]

There's just one major challenge in getting that lucrative new degree -- how to pay for it. Annual tuition and fee costs for a public, four-year college have skyrocketed by 72% -- from $4,793 in 2001 to $8,244 in 2011, according to the College Board's 2011 data. And the cost of going to college out of state soars astronomically from there -- an annual average of $20,770 last year for a four-year degree at a public school. No wonder the typical college graduate owes an average of $25,250 in student loan debt upon graduation.

Thankfully, you can avoid that problem: Find schools with lower-than-average tuition cost (sorry, that means no Ivy League budget-busters) where graduates earn higher-than-average starting salaries. That will get you on the right track to pay off those college loans soon after graduation and start building a healthy financial future.

There's some research involved in finding just the right educational deal, but we've done all the heavy lifting for you. Using tuition figures from US News and World Report and historical starting salary data from Payscale, we've found 10 four-year public colleges around the country that boast annual, in-state tuitions under $10,000 and offer plenty of bang for your education buck. In fact, graduates from these schools typically land a median starting salary of more than $50,000 upon graduation, which is more than 17.5% higher than the typical new grad's starting salary of $42,569. 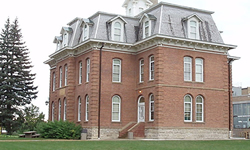 The Missouri University of Science and Technology may have a price tag that's just over $1,000 more than the average four-year public college, but don't be fooled; graduates from this school earn starting salaries that rival those of Harvard or Princeton graduates (who earn $54,100 and $56,900, respectively), but without the Ivy League price tag. While three out of four graduates were engineering majors last year, the school offers humanities and several liberal arts programs. 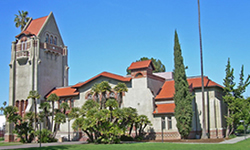 Located in the heart of Silicon Valley, San Jose State University says that 80% of Silicon Valley's engineers (along with scores of business pros and scientists in the area) can credit the school as being the place where they developed their talents. At a price that's just above the average for a four-year public college, graduates can land 19.5% higher starting salaries than the typical new college graduate. 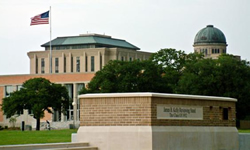 The once all-male "Agricultural and Mechanical College" started in 1876 now has mostly business majors and offers more than 120 undergraduate degree programs. The Tier 1 research university was also rated as being the second "Most Likely to Steer Students Toward Key Careers and Professions" by The Wall Street Journal in 2010. For a price that's just below the national average for a public four-year college, A&M grads earn a starting salary just over $50K a year, or 18% more than the typical new grad. 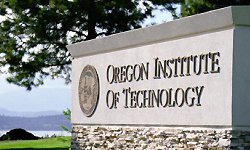 A small university located in the foothills of the Cascade Mountains, Oregon Tech sports some of the country's most highly ranked medical engineering and engineering technology programs. Fresh graduates from the tech school not only have good job prospects upon leaving (90% of grads are placed in their degree-related jobs), they earn starting salaries that are nearly $10,000 higher than the typical college graduate for a lower-than average tuition price. 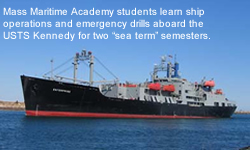 Founded in 1891 as a Massachusetts nautical training school, the Massachusetts Maritime Academy is the oldest maritime academy in the U.S. that has been in continuous operation. Because the school focuses on preparing students for work in the maritime industry, about 46% of last year's graduates majored in Naval Architecture and Marine Engineering, though the school hosts a number of other majors involving business and government-related protective services. Not just a bargain, the maritime college ranked 8th in U.S. News' list of best colleges in the northern region. 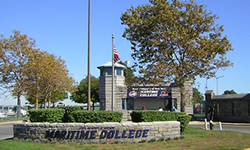 Another maritime college from the north, SUNY Maritime College is one of just six colleges in the U.S. to offer a Naval Architecture degree. Other than just maritime industry studies, the school offers programs to prepare graduates in other areas -- such as in government and business. Graduates from this school earn one of the highest median starting salaries in the nation -- the second highest on our list. That's an Ivy League starting salary for a fraction of the price.

4. Montana Tech of the University of Montana -- Butte, Mont. 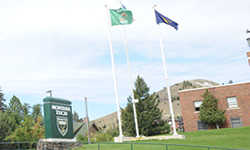 Located between the stunning Yellowstone and Glacier national parks, Montana Tech is known for its petroleum engineering (and other engineering programs), even though one in five students are business majors and the school offers more than 40 majors.

The small university accepted 88.9% of its applicants in 2011 and is known to do what other colleges can't always promise: get graduates a job. Over 10 years, Montana Tech has had an average annual job placement rate of 96% or above with excellent starting salaries -- graduates last year started careers with salaries almost $13,000 higher than the typical new grad. 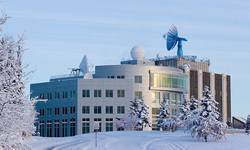 With the most popular majors in subjects from social sciences and psychology to business and engineering, the small university in beautiful Alaska appeals to a diverse group of students and accepts nearly eight out of 10 applicants. Class sizes are small (12:1 student to faculty ratio) and the school boasts a freshman retention rate of 76.2% -- all for a price that's 22% less than the typical college's tuition. 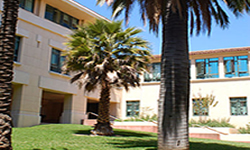 Cal Poly's highly ranked engineering program may take the school's center stage, but the large San Luis Obispo-based university appeals to a number of business and education students and offers more than 70 majors. The university, which ranked 6th in U.S. News' best schools in the western region, accepted only about 37.4% of student applicants last fall but retains an astonishing 91% of its freshman class -- signaling that students are very happy and saving some money by going here. 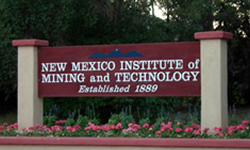 If you're interested in pursuing an engineering-related career or exploring and mining for precious minerals, shale and oil, New Mexico Tech is one of the best value colleges out there. In-state students pay nearly 36% less in tuition than the average student, and the typical New Mexico Tech grad will land a $55,700 starting salary (31% more than the typical graduate). Talk about some bang for your education buck!

Like this article? Here are more related articles from InvestingAnswers:
10 States With the Highest Student Loan Debt Per Graduate, 10 Highest Paying Jobs in America, 10 Green-Collar Jobs With $80,000+ Salaries and 7 American Jobs You Won't Believe Robots Are Taking Over.

5 Credit Cards That Will Pay You Hundreds Just For Signing Up (2020)
What's even better than earning rewards for spending on your credit cards? Getting paid hundreds of ...
The Top 4 Balance Transfer Credit Cards for 2020
Tired of dragging credit card debt around with you? Taking 15 minutes to transfer your debt to a cre...
The 5 Best Rewards Credit Cards for 2020
If you're going to spend money anyway, then why not get paid for it? Whether you're looking for c...


LATEST
How to Avoid Paying Bank Fees Once and For All
6 Steps to Avoid Late Fees on Your Credit Card Bill -- Forever!
How to Choose the Best Credit Card Offers
The 8 Best Reasons to Invest in a Roth IRA
5 Tips to Know Before Using an Online Brokerage
Copyright © 2020. InvestingAnswers, Inc. All Rights Reserved